The psychological basis of human behavior

“I did it my way” – Frank Sinatra’s famous song! Most people believe that their actions are founded on their own decisions, their own way, and that they completely free and autonomous to decide what do in their lives, their relationships, their work, wherever. Maybe they have some doubts about that when the third relationship ends in a similar way as the previous two, or when things don’t go in their live in the way they had thought they should.

Not everybody wants to learn about themselves, but prefers to continue with the old dysfunctional beliefs and illusions, especially when they have become an identity. Those who are courageous and open enough might start a journey of personal growth and then find out more about the conditioning which they are acting out in their lives where often they had believed to have decided freely.

This might be devastating for some time because the old self-image crashes, but very wholesome at the long run when the goal is to know more about oneself and why humans decide and behave in certain ways. So why do some people fight battles for their ideas even when they are proven wrong and others are willing to learn more and more during lifetime?

These are the questions which we explore in our conversation with Dr. Oren Amitay 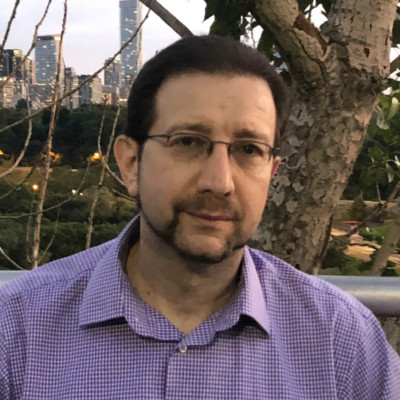 2:15 Heidi’s first question: what about trolls?

3:15 Oren lays out some reasons for trolling. He is in contact with many  people who suffer from troll’s behavior in their surrounding.

Different levels of narcisists: characteristics: lack of ability to take perspective of another. They don’t care about the other, even might think to be helpfull, even without bad intention, the outcome for the other is the same. Lack of empathy (complete absence= psychopath)

6:06 Internet is enabling this behavior, lack in person-to-person communication which creates empathy. Develop the capacity to see from the other people’s perspective. Peers needed for a healthy development. How to learn empathy in real life encounters. Online is different and can reinforce bad behavior and incivility.

9:50 The last 15-20 years have changed our norms and social contacts, even with people who were socialized properly.

10:44 Insecurity, lack of accomplishment etc: try to raise their self esteem by pushing down others

11:05 Negative attention.  “Incells” (involuntary celibate) in Toronto. Today they have a voice and can find people who reinforce bad behavior in their groups online. Sense of belonging, even if negative

15:38 Illusion: everyone “GOOD” thinks this way. The right-left wing attribution. “You are bad if you think so”

16:42 Martin: The need to be somewhat right and validated in the way we see the world

17:05 Oren: primary human need: learn to master our environment, this is an illusion if you think that it refers to everything instead of only your little corner of the Universe. See oneself from an outside perspective. On the deep psychological level is the need to feel safe. Drives many of the phenomena despite it doesn’t necessarily feel like it. Avoid fear and hopelessness.

19:47 Martin: control over your own life

19:55 Heidi: instead of developing a real innate power. Out of helplessness you become aggressive?

21:00 Oren: “cornered animals are the most dangerous”. Most is on the unconscious levels. Outcome of trolling etc, you externalize and deviate from yourself, to avoid looking inside and frustrated, existential crisis and ultimate fear.

23:00 Terror Management Theory: so much what we do in life is to unconsciously keep away the idea that we are going to die some time. Reason for religious beliefs

23:35 Heidi: Inability to comprehend the nothingness

24:00 Oren: Erwin Yalom: psychiatrist who survived the lager and turned his experience into something beautiful. “Yalom Quotes”

25:15 Why do people respond to the challenges in different way? Oren responds with an example. Many unpredictable factors.

27:25 Empathy for a monster? Even if very little, but everyone has a choice to how respond to challenges.

28:35 Martin: He responds to trolls with indifference, maybe empathy. Gender differences? Men who have to admit to be wrong in front of women creates shame.

59:56 In Canada, now, only mention “gender differences” is a no-no. Oren explains how he handles trolls. There is a spectrum of trollhood. Not all are psychopaths and he assumes first that they are not. Some who appear as trolls maybe are not at all, because of our interpretations of what we see and hear. This can learn by your interaction with them. A TRUE troll will not changes, because they get their joy to mix things up. Cut out or have fun.

32:52 What is your emotional reaction? YOu are always impacted on the emotional level to some degree. “I will get offended, but never HURT” by anything online.  In a lecture he can control the atmosphere better: “talk to me after class”.

34:50 Oren talks about his Human Sexuality Class, controversial material right away: if you don’t think to handle it, tell me your disagreement. If you cannot do that, leave. PROVE ME WRONG

36:05 Differentiation, facts, empirical evidence and opinion. Competing opinions, based on evidence or also intuitive. Psychopaths and those who don’t want to interact with you as a grown up adult, are NOT WORTH YOUR TIME.  Engaging with them in an adult manner cannot change their minds but can impact the others who are watching as an example of how to engage.

38:02 Heidi: Everybody is HURT. Taking responsability for my own feelings. Question: How much influence have the personality traits? Neuroticism. How can we handle these situation better? Heidi refers to integral theory. How stupid it is to deny science and rules!

40:10 Oren: People who could make a difference do not go against this stupidity. Being called a NAZI despite most of his family was killed by the Nazis is somehow absurd, has an elephant skin now. His story of the big 5. Anger and hostility.

41:32 Women are more emotional on average. What to do with it: BREATHE PROPERLY

Oren is writing a book, which uses yogic principles usw, although he is not all that, but he knows that it works, slows down the system. Less sensitive to external or internal stimolai.

43:27 Heidi: “I need to take on singing again” Oren: explains why yes. Heidi: overcome perfectionism, be ok with the mediocre result

44:25 Oren gives “Homework” to Heidi: sing Karaoke, it is liberating. Angry people on the internet have no other outlet. Having the right perspective. Admit your childish part who wants to be the winner/best. Step back and approach in a healthier way as a conscious decision.

Honesty with oneself.  Discrepancy of self image and what really is. All humans have a dark side, important how to handle it. Having a healthy relationship with one’s shadow.

49:59 About Men who identify as “feminist”: over identification: the need to be “one of them”, because they haven’t derived benefit from “manhood” in society.  They identify with the aspect of “powerlessness”, women are less strong physically, now they identify with the “oppression” of women, believing that they are saving the world – by avoiding to look inside themselves.

53:15 If you are not honest with yourself, you will not develop into the type of person you would like to be, but you keep in the idea, that the rest of the world is unfair, oppressive etc. They always find a boughiman to go against and blame for their own shortcomings. Everyone is disadvantaged in some area, i.e. Oren’s health situation doesn’t stop him. No “poor me”

55:20 Heidi: Peace begins in ourselves. dive into the underworld to get to know ourselves. The find communication with others.

I got to know Oren Amitay more than a  year ago in a Youtube video where he held a debate with Jordan Peterson about freedom of speech and where he played the role of those who want to restrict it by law and who were not willing to openly play their own role in such a debate.

From there I followed him and Peterson and was fascinated by the deep psychological insights which both hold and present to those of us who are yearning to understand better why people behave in certain ways which, often, seem to be completely irrational, even harmful for others and themselves.

in our series “CONSCIOUS AGEING” Dr. Amitay opened season four with a conversation about the situation of men when getting older in our society. Find the event HERE

My passion is to find out how humans tick, from very early on in my life, and I had a lot of examples of where and how things can get wrong or well in my own life. In this conversation I want to deepen my understanding about the psychological basis of our behavior, which more often than not seems to be perfectly fine when we are involved, but quite bizarre when seen with an impartial eye from the outside.

Dr. Oren Amitay is a registered member of the College of Psychologists and has been working with clients and patients in various hospitals and in private practice since 2001. He provides psychotherapy and conducts psychological, personality, intelligence and parenting capacity assessments. He works with a diverse group of clients, ranging from late teens to seniors, one-on-one, in couples or families. He covers every theme imaginable, including issues related to school, work, relationships, family, sexuality, finances, major life transitions, depression, anxiety, to name a few.

The public came to know him in 2016 as an outspoken defender for freedom of speech, especially since his public appearances together with Dr. Jordan Peterson.

CLICK ON THE LINKS BELOW FOR THE BOOKS SUGGESTED BYOREN AMITAY

12 Rules for Life: An Antidote to Chaos

Maps of Meaning: The Architecture of Belief