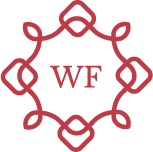 The secret life of Yoga – from an integral perspective. With Petra Nienaber 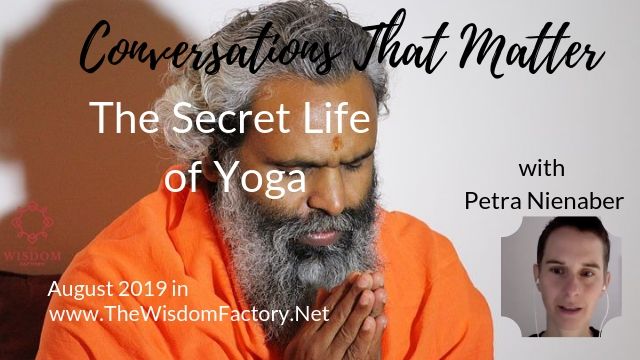 Many Westerners, in their search for spiritual awakening, join Sanghas, follow a spiritual teacher and even live their life in an Ashram where they hope to find a loving community and the right teachings for their goal of achieving enlightenment.

Traditional teachers of the East offer this opportunity also in the West since the 1970-ies and impose their rigorous ways on their students: Hierarchy, obedience and “getting rid of the ego”..

Things happen there which are not right. When contradictions are perceived, they are pushed under the carpet in the hope that they won’t reach the public. Abuse of all kinds have come to light in the past decade.

Our guest Petra Nienhaber has studied traditional Yoga in certain schools in England, India and Greece and she lived for many years in an Ashram. She couldn’t help noticing strange things, but only with getting to know Ken Wilber’s INTEGRAL THEORY, she was able to understand what was happening there, which, finally, led her to the decision to leave and take on her life as an individual in her country of origin.

In this conversation we talk about the ongoing contradictions and abuse in such communities and explore the reasons behind them from an integral perspective.

3:30 About the Ashram in Greece and her learning, the reason why she left.

4:30 The secret life of yoga: Yoga from an integral perspective.

5:00 Attraction by the feel of ancient and depth. Strict system, Guru is God-like etc. Similarity to pop stars. Her need for a perfect world.

8:10 Relationship master – student. Losing sense of self, infantalized, and misunderstanding of the teaching. Ken Wilber helped her to understand and to finally leave. Waking-up line is emphasised,  a little cleaning-up, not growing-up.

12:00 Petra on the system of the Ashram, traditional -postmodern clash. 2014  in Australia: Court case for sexual misconduct of the master with the help of the internet which united the victims. Grown-up women and really young girls concerned. In India: a different idea of women and morals. Abuse behind closed doors.

18:00 Why did women consent? Projections, positions of power. Childlike devotion and inequality, especially already abused people project their need of a “good parent”.

20:30 Ethical line and emotional intelligence not much developed. Cultural depencent?

21:50 Me-too movement, Odenwald School, sexual abuse despite seemingly progressive. In the 70ies the clas of Eastern culture into the open western world.

23:00 Heidi: Widows in India, the interview with Winnie Singh. How much should we oppose abuse when we got to know it?

26:00 Petra’s motivation to talk about the abuse. Her experience: a Facebook page with people on both sides: victims who want to be heard and those who say that it is all made up. Not only sexual abuse happens especially when the guru is a women? Separated from friens and families, Blue system as a big family, feudal system: KIng and the subjects without rights. not be paid for the work, no social security or health insurance etc. combine ancient system with modern world with human rights, right of autonomy etc. a need for growing up, were not allowed. “Drinking wine and preaching water”.

32:50 Supporting women: the very same guru  sctually did a lot for the women in the neighborhood in India. Women are considered strong and work hard, e.g. in con struction works, men take the money earned by the women and use it for gambling and prostitude, in this respect the guru was a saint.

36:50 Heidi’s idea that we women now re-create a similar way where men can depend on women because we freely want to earn our own money?  A difficult question.

38:30 Belonging: Guru keeps people like children? Yoga practices are beautiful, but growing up is neglected. Psychosexual development is unknown, belongs to Western psychology. Work with the inner parts, ego state therapy etc. Idea of the central witness came from the ease

41:50 Becoming the witness – until she saw too much! Leading to funny situations. No dealing with conflicts. Needs are not recognized.. Contradictions are wiped out with referring to the small ego which needs to be wiped out. Wilber had helped her to clarify what was happening!

“Don’t take it personally”. Abuse in many ways.

46:00 Wanting to belong makes you not think freely and idealise people and organisation. Devotion brings you to enlightenment. Emotions need to be transformed into devotion. No autonomy possible. “Remainers” and “leavers”.

48:30 Every abuser has been abused themselves. How children were treated in India: Opium for babies to stay quiet. Toys for their mothers etc. Guru=abused child, but nobody in Ashram wanted to see that. Petra was interested in shadow work.  She gave up on that because when it starts to look at abuse the organisations fail despite that the fact has been long ago. Shadow work is not appreciated, facing the truth is not fashionable, but pushing under the carpet because the consequences are fatal.

54:00 Shadow work in time, behind closed doors, can change the situation, but when it comes out as a scandal it is detrimental. Face things in time!!!

55:00 The leader in the Ashram in Greece decided to be loyal to the sytem, despite corrupt. So she has tied hands. Compassion, anger, sadness in Petra. She is seen as a traitor which was painful.

56:30 Stages of consciousness important for true compassion nd engagement. Spirituality which promotes untruth has no place in the world. In Yoga: development is up to the individual, grammar is not yet discovered. = Western psychology. Blue mindset: “sacrifice yourself for the whole”, For “green” other structures are needed.

1:00:10 Petra is still practicing yoga, she wants to learn more. Abuse is not confined to one type of Yoga. Other scandals iof other lineages n the US. Men>money>power>women (who are attracted by power!)

Petra Nienaber originally studied media, communication and culture in London in the 90s. Due to her interest in yoga, philosophy and spirituality, she went to India at the age of 27 to study yoga in all its different aspects with an ancient sannyasa tradition.

Two years later, she moved to Greece to live and work in an ashram close to Athens which had been set up there in the mid 70s according to strict Indian example. Witnessing misconduct and abuse of various kinds within the whole international operation, she became disillusioned and left the organisation after 12 years.

She now lives in Hamburg, qualifying as a therapist and coach as well as teaching yoga, meditation and mindfullness. 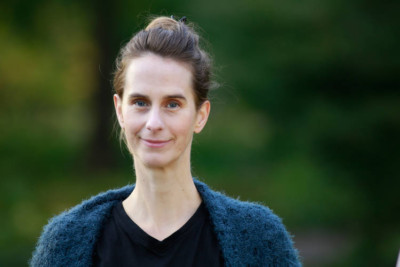