Everybody knows it: we over-use our planet, the way we are living is not sustainable and we should change. We are undecided what to do or not to do – in the meantime the climate changes and reminds us of our failure to change our habits, goals and practices in order to maintain the beauty and the “livability” of our beautiful planet.

You would think that reasonable people (whom we believe to be) would have the right insights and do our best to help to avoid the collapse of our mother earth. But we really don’t. We feel helpless, we don’t know where to begin and the task seems to be too big to even begin to address it. And so we are running downhill.

It is true, there are many attempts of single people, groups and enterprises, especially those with a “second tier” mindset, who are experimenting with new forms of being in the world. This is fine but there are only very few people in this evolved mindset. What about the huge majority of people who is not there yet? 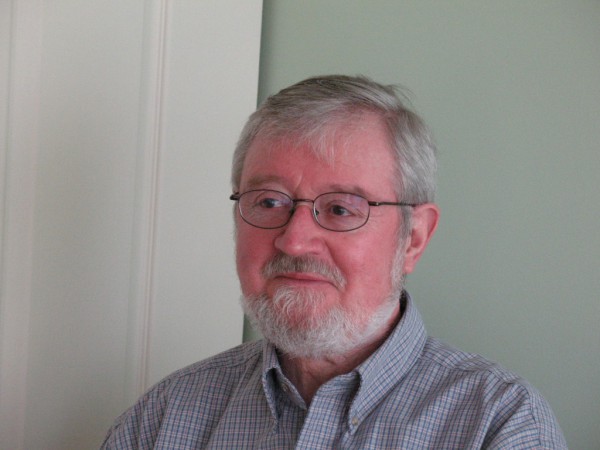 Save this event in your calendar
GET NOTIFICATIONS FOR THE SERIES

Religion has always been a conveyor belt to transmit and encourage positive behavior, like not eating pork in times when pigs were likely to be infected by deadly parasites or practicing love and charity in order to help survive the very poor and ill. So why not use this way of bringing the message to the huge number of religious and spiritual people who then, more easily, open up to the need of action when they begin to understand what is at stake.

Preserve our planet, preserve nature, stop climate change: not an ideological battle against the establishment, but an heartfelt urge of commitment to God who has given us this unique place to live and prosper. Our guest Mike Bell knows about the power of religious communities and he is bringing the message of climate change asking them to become stewards of the very base of our life: our planet. Let’s be curious what he will tell us about his experience.

Mike Bell is a Canadian and retired management consultant living on Vancouver Island in British Columbia, Canada. After spending a dozen years in a Roman Catholic monastery and working for a number of years as a priest, he left the formal religious life and began a career specializing in community development.

He first worked in American inner cities and then in resource towns in Northern British Columbia. In 1980, Mike and his family moved to the Canadian Arctic, first to Iqaluit on Baffin Island in Nunavut and then to Yellowknife in the Northwest Territories. For almost thirty years he travelled back and forth across the Arctic working in Inuit and Dene (First Nation) communities.

Mike has a special interest in helping create community climate change cultures. His work has been influenced by two factors: the insights and New Cosmology of Thomas Berry the monk, cultural historian and Mike’s close friend and mentor ; and the earth based culture and spirituality of northern indigenous elders.

In 2006 Mike and his wife moved to the Comox Valley on Vancouver Island. Since his retirement in 2008 he has continued to work on climate change issues. He gives periodic workshops on Developing A Functional Spirituality in a Climate Changing World. Mike has an M.A in theology from St. Paul’s University in Ottawa and an M.A. in Communications from the University of Wisconsin in Milwaukee.

The Universe Story : From the Primordial Flaring Forth to the Ecozoic Era--A Celebration of the Unfolding of the Cosmos

Spiritual Ecology: The Cry of the Earth