From fear to love  with Michael Wolff

The older generation is called to engage in the healing of the world!

We are the ones who live longer than ever and we have the best ever education and tools for personal growth available.

And we have the necessary time and the experience which is needed to accomplish what is needed to be done in a deeply needed act of wisdom.

So how could we contribute to the creation of a better world?

Michale Wollf has concrete ideas about that! 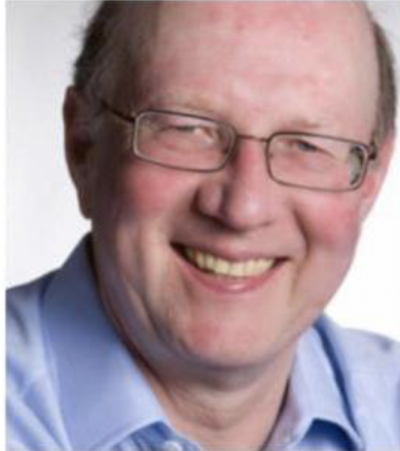 From Fear to Love with Michael Wolff

Timestamps: WHAT to find WHERE in the video

03:49 Michael addresses the question : What does it take to address the quantum shift, which he explains.

05:13 Michael is creating  a network of facilitator training groups.  How did he get to this point? The creation of emotional wounds. “Normal”development up to about age 35 and then his wife suggested yoga!  Then she suggested Aikido, which became his 35 year hobby!  But the early wounds remained uncleared, as he remained “disconnected” except when actually on the Aikido mat!
12:00 Despite all the 10,000 hours of practice, no “enlightenment” arrived!  Then he saw that people were born connected but gradually lost it.

12:52 Heidi asks what he understands by “connected”.  Michael uses a tree as an example, describing the flowing energy fields.  “The wobble test”

15:43 How Aikido put him in touch with Eastern ideas of energetic medicine.  He describes the energy field, both yin (upward) and yang (downward). Belly breathing! (Heidi knows how and does this habitually!)

18:52 Connecting meridians and chakras and the aura in a torus, which can immediately make you “connected”. Michael demonstrates.

22:34 Heidi acknowledges watchers who have commented.

25:40 Next question is: Where am I holding my blocks and wounds?  Hugging the tree. Demonstration time! It works with all chakras. How easy it is to let go of these blocks.

29:27 people go to all lengths to AVOID becoming connected!  Fear!

30:48 History and early matriarchies (lower chakras)and forward to patriarchies (higher chakras).
32:42 More watcher remarks. Then onto checking the “unblocking”. Mongolian chanting where vowel sounds relate to each of the chakras.

35:15 The ridiculous part: how simple it can be to unblock a chakra with an intentional statement. Examples… Used with breathing techniques.

38:35 Heidi asks how to create a stage experience from these state experiences.  Michael elucidates how to move smoothly for one state to the other, from resistance to connection.

42:38 How to make it simple. Then on to ageing!  Fears of old age can control us, which has been helpful in history, since the ice age 70,000 years ago!  Choosing when to think and when to let it go.  Shame!  The wound is sacred!

50:13 The new possibilities for older people who have such extended older years now.

51:32 At what age do people become concerned about such questions? Michael uses this point to explain what he plans to do and the urgency of it.  The difficulties, the slowness of Integral Theory and Spiral Dynamics so we must work on the quantum leap together instead.  How to create an infrastructure and an exponential increase.
59:35 Final comments from the audience.  Michael’s offer to anyone interested.

1:03:00 closing remarks on the wounding which spawn so many other problems in life.

(And finding thewisdomfactory.net for all our offerings)

MICHAEL SAYS ABOUT HIS TOPIC

We are born connected, but as a result of early conditioning, most of us have become chronically disconnected. We are then driven by fear and anxiety and lose our sense of feeling truly happy and fulfilled. He shows us how, in disconnection, our energy gets blocked and how this can result in self-limitation, failed relationships, depression, illness, and difficulties in one or more areas of our life.

Our first major breakthrough comes from the discovery that this blocked energy is the primal cause of most of our difficulties. The next breakthrough is the understanding that becoming fully connected does not take a life-time of mystical practice, but can literally be achieved in minutes. The final major breakthrough comes from discovering that once fully connected, it is really easy to clear the blocks that are holding us in disconnection. It is simply a matter of surrendering and letting go – to fully experience FREEDOM WITHIN

Once our blocks are cleared, Michael then offers some easy practices to enable us to integrate through “active awareness”. This entails  adjusting – moment by moment – from feelings of resistance to being in harmony and in the flow.

While this may represent a paradigm shift in individual self-healing, Michael also addresses the biggest need of our time: the healing of humanity.

Michael Wolff describes himself as a Quantum Shift Facilitator Trainer and his primary purpose is in help trigger the QUANTUM SHIFT in individual and collective consciousness by 2022.

Through over 35 years of martial arts training (Aikido), Michael discovered that there are two primary dimensions of being – disconnected and connected. From this he learned that to experience happiness, health, love and abundance in life we need to understand how to flow harmoniously between these two polarities in the same rhythm that night follows day. When we are stuck in only one dimension, we inevitably get out of balance.

Michael further discovered that most of us are now chronically stuck in only one dimension. Although we are all born connected, very early in life we become energetically disconnected. Because most of us are disconnected, being disconnected is considered as normal. When we are disconnected, our energy is blocked by our holding onto earlier core wounding. Our life path is determined by these blocks and our choices become limited. These blocks can lead ultimately to dysfunctional patterns of behaviour and ill-health.

Recognizing that the world is becoming increasingly unbalanced and polarized in many key areas of life, and that these imbalances arise mostly from our being stuck in a single dimension (disconnection), Michael is committed to teaching practical solutions for restoring harmony and equilibrium.

As a social entrepreneur Michael is developing a train-the-facilitator network for energy practitioners to help trigger a quantum shift in individual and collective consciousness, from being driven by Fear to being moved by Love.

Freedom Within: From Fear to Love - Heal the World by Healing Yourself

Letting Go: The Pathway of Surrender

Eastern Body, Western Mind: Psychology and the Chakra System As a Path to the Self

The Ascent of Humanity: Civilization and the Human Sense of Self

Please support our work on PATREON