A conversation with FLEMMING FUNCH

Time Stamps: WHERE to find WHAT in the video

00:00 Re-introductions after a faulty start and how to watch and participate live.

01:50 Afew words from Flemming. Heidi asks how it all began for him. Early social platforms in the 90’s

03:44 Early successes and “failures”:  How do you get a group of people to work together voluntarily and successfully.

07:00 Early overnight success but problems emerged; conflicting “visions” how to work together respectfully.with “boots on the ground.”

10:10 What is your vision, Flemming.  He explains. A bit of anarchy but with a bottom up thrust. Small and local scale so people understand the problems….and the solutions which has led to Conversational Experiments, his current activity.

15:00 He notes people are more mature and skillful in getting along with one another in groups, tolerating more diversity.

17:25 MAGIC! How do you encourage something new to emerge? Some techniques.

22:56 How do we move forward when nearly all of us are doers  instead of “allowers”?  What about those who can’t? “How to deal with sociopaths?” Small groups where we trust each other and can deal with pathology at close quarters as it arises. Village model which can be resistant to change…but also is very resistant to assholes! Flemming expands.
33:50 Inspiring leaders? Positive manipulation? Growing oneself first!

37:30 How to actually have some effect upon people, not just go on to another show “next week”?  We have more effect than we know!  Evidence of effects!

46:13 what could you not have conceived of happening 20 years ago that have emerged because of your ongoing and persistent efforts, Flemming? He replies that he probably  couldn’t have foreseen how much that he had to change rather than insisting that the world change.” Nice comment from a watcher. Nice feedback!  But do it for yourself!
54:10  Starting to conclude with takeaways, look for Flemming’s “Conversational Experiments” on Facebook. Mark’s resistance to joining that show.

We are living in chaotic times. The old structures don’t work anymore and new structures haven’t emerged yet. Advanced technology has created a double sword: the danger of annihilation of all species, including us humans AND, at the same time, the huge possibility for taking a quantum leap into a better future. One part is the fact that people don’t have to work so hard any more physically as they had to in former times. At the same time we are enjoying a prosperity which has never been given to any common person in history. Even if we complain to not have as much as 10 years ago: we have a better material life than all Kings and Queens in the past.

On the other hand, thanks to the advanced communication technologies now available for us “normal people” we have an unprecedented possibility to actively participate in change. We can now get to know what is really going on in the world. The walls of secrecy and tyranny are breaking down and even if it is slow and hard to do, but everyone of us is now able to engage in bringing forth the truth and in exploring new ways for the necessary change to happen in order to reach a new and higher plateau of stability.

Flemming Funch is working in this field for a long time and he is pioneering new ways of taking on the challenge with which all humanity is faced now. Thanks to his work ever more people get inspired to step up and find possible ways of contribution to the emergent new paradigm. In our conversation he will share with you his experience with creating new ideas and initiatives and you can also find valuable information on what you could do, personally, to make the world a better place.

A Brief History of Everything by Ken Wilber

Ken Wilber - A brief History of Everything on AMAZON

The THEORY U: Astonishing  Processes in Groups

Otto Scharmer THEORY U on Amazon

Immunity to Change: How to Overcome It and Unlock the Potential in Yourself and Your Organization (Leadership for the Common Good) 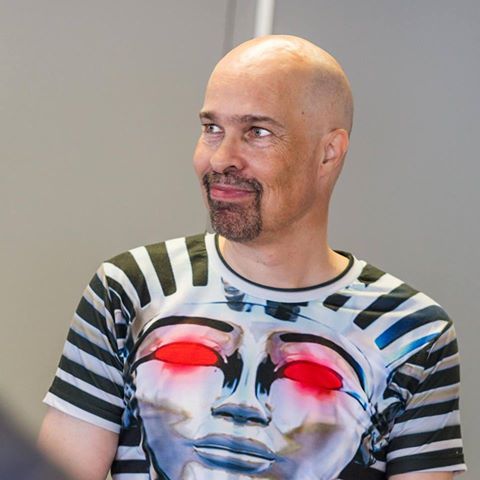 Flemming was the founder of the New Civilization Network, one of the first social networks, which was a popular hangout for thousands of visionaries and world changers in the 1990s. He both wrote the software and facilitated the main activities, learning a lot from both what worked and what didn’t work in trying to help good people work together. Having been a personal counselor for many years, Flemming is certified in a few alternative types of therapy like NLP and hypnosis, and has written a couple of DIY training manuals in how to be a coach or therapist. Flemming keeps looking for the keys to collective intelligence and personal and group flow. Most recently, in the last year or so, he’s been facilitating a Conversational Experiments group that explores how to make online group conversations be more emergent and productive.