Heidi’s intro to the new Co-Hosts

I founded the Wisdom Factory together with my husband Mark Davenport in 2014. We did more than hundred shows together, enjoying deeply our collaboration in talking with our guests, showcasing their work and learning a lot from them.

Mark died on June 30th, 2018 after a few months of severe suffering. I decided to go on with the online shows, which in the meantime have attracted quite a few watchers. But I felt that I didn’t want to do that alone, especially as English is not my mother tongue. For this reason the future of the Wisdom Factory will be in both languages, German and English, where I have invited several people to co-host the shows with me.

For CONVERSATIONS THAT MATTER  Martin Ucik  lent me a hand, also for some episodes of  CONSCIOUS AGEING. Monia Fruehwirth cohosts some episodes with me and is an integral member of WOMEN MATTERS and DIE FRAUEN AM VIRTUELLEN BRUNNEN, monthly conversation circles among women.

For every new co-host you will find an introductory conversation on this page.

Monia Fruehwirth, a long term collaborator with The Wisdom Factory

I know Monia for more than 15 years from the meetings of the German speaking Integral Community. In 2006 we met in a small group in South Austria to explore integral theory  in a feminine way, down to earth. With “real world examples” we helped each other to understand the theory much better.

In the following years we met several times for a prolonged workshop on the feminine way to deal with integral, the “Feminine integral consciousness field” (Das weibliche integrale Bewusstseinsfeld) which connected us deeper in the exploration of the integral worldview.

Monia was part of our very first episode of The Wisdom Factory in 2014 and since then she has joined Mark and me, Heidi, very often as a guest or co-host in our shows. 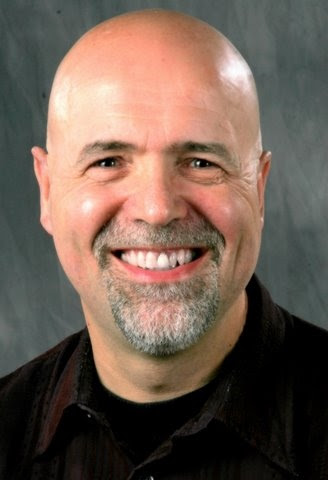 Martin Ucik – author and frequent guest in The Wisdom Factory

I got to know Martin Ucik in 2010 in Los Angeles when we did the CALLING IN THE ONE coaches training together. At this time Martin had already published his first book “Integral Relationships A Handbook for Men” and was establishing himself as an expert in love relationships and dating.

The book was the first of its kind within the framework of Integral Theory and was well received by Ken Wilber, who had developed this theory from his early adulthood on. In the following Martin wrote a second book “Sex, purpose, love” and he held many workshops all over the world on creating healthy, integrally informed relationships.

Martin has been a guest in the Wisdom Factory several times in the past, he had his own podcast for some time and now agreed to help me out as co-host for when I started the “normal” shows again in December 20118.

TIME STAMPS: WHERE to find WHAT in the video

0:00 Heidi updates the status of The Wisdom Factory

3:40 Martin appreciates our work and then introduces himself.

4:40 He went to America in 1995. California. Separation of second wife in 2002. He talks about his experience with postmodern and American women. 2006 he gets to know Ken Wilber – and became fan of Integral Theory, as his next logical step in his development.

7:04 Why so many people in love cannot make their relationship work? Compatibility and why don’t we recognize it at the beginning. He used Wilber’s model to look at that. What kind of relationship you are in? Possibility of prediction if it could work out or not.

9:05 “INTEGRAL RELATIONSHIPS – a manual for men”. Only women come to his events in Turkey, most books about relationships are written for women, so he wrote it for men,

10:30 Heidi comments on the guidelines, also men’s movements, his book is very clear where you are and where the other person is.  Practical usefulness to understand compatibility. Her relationship with Mark was based on the shared interest in seeing the world through the integral lense.

13:20 Overview on what we will co-host together. Psychology, relationships, growing up. Integral guideline.

14:50 Martin talks about his interest in Integral, consciousness, human development. Procreation and co-creation, sexual selection process. Purpose sharing in relationship. Heartbroken he wrote “Sex. purpose, love”. Difficulty to translate into Turkish which has few words – Debate about gender pronouns wouldn’t be possible in Turkish – there is only one word for everyone,

19:00 Transcendental purpose – Words which are difficult to understand

19:40 Heidi: purpose of the show: use “normal” words to convey the content, not theoretical jargon. That was the problem with integral theory which used too much terminology to attract more people. Usefulness of having the integral framework. Relationship with Mark: exploration in this framework. Requirement for a co-host. German integral gerontolgist will be co-host for Conscious Ageing in February. What topics would Martin like to co-host.

22:25 Martin: Sociology and politics, Habermas, developmental stages in Turkey/Istanbul. Translating down the content into a language of the previous levels. So this show is a practice in doing that.

27:07 Heidi: not Politics, History, more experiecial things, Gestalt counselling, Feminine Power Coaching, Singing – would never be a profession, but I should become a teacher. How she came to Italy – a researcher who uses herself as the research object. Short explanation of voicework as consciousness work.

30:25 How Heidi discovered the difference between the masculine and the feminine way of being in the world, which was a huge relief for her. The purpose for her work today. Thus meeting Mark as the relationship beyond my wildest dreams. Before I had wondered why previous relationships didn’t work. With Martin’s book I might have made better choices.

35:35 Heidi recognizes people in the audience.

36:00 Mobility for people choosing their partners, we often find the right partners in our countries.

37:10 Martin’s house burnt down in California: a short story about that. “Life is happening while we make other plans

39:00 Being a fire victim: creating a new identity of the victim. He dropped that soon. Viktor Frankl: you have a choice to respond to what has happened in every situation: helped him to get out of feeling stuck. He went to Istanbul, fascinating and cheap and people are interested in European teachers.

42:10 living in other countries broadens the horizon

42:40 Heidi shares her project to have conversations about growing up in Post War Germany.

Her birthplace is Coburg, a short history.

44:30 Martin talks about his parents and how they created books about them to transmit the information of how life was in previous times.

45:42 Heidi: Storytelling connected with theoretical background would be a goal. She has written a book about Mark, stories, testimonials and photos.

46:35 Need to learn tech for to get out the message. Martin has young people doing the tech for him. These young people live in a different world. E.g. Websites? Why? And Facebook is for old people (30-40 year old people!)… A.ge gaps, also cultural difference

49:25 Ho do they do video? Share it etc. “Nobody….” wikipedia is not available in Turkey

50:30 Longer videos are coming back – like those with Jordan Peterson: Heidi shares her experience when watching his psychological lectures and the biblical stories which have reconciled her with Christianity. Emergence of the stories out of human behavior. Heidi shares her co-creation with Mark and the question of choosing to be the victim of loss or not.

53:35 The dating website. They cater to people at different levels of development. Martin created IntegralSingles.com with questions which are not on other Dating Websites.

55:30 What is your vision for the co-hosting? Martin answers: be curious and ask the questions which the audience would like to be asked.

Integral Relationships: A Manual for Men