Evolutionary growth groups – what is that?  And peer mentoring, what might that be?

Well, I have some idea about peer mentoring: people coming together and share their knowledge and give advice to each other. Nobody is the leader, but leadership emerges by what we call “natural hierarchy” in Integral Theory. This means that who has the knowledge in a particular area takes over temporary leadership, for another area the leader will be someone else.

Let’s explain Rey Carr what his experience is with creating those groups. 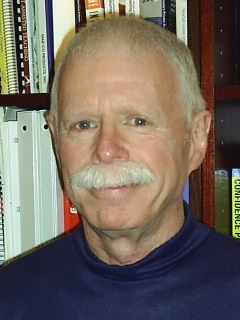 Timestamps: WHAT to find WHERE in the Video

00:00 Introductory remarks about the show

02:50 What’s Peer Mentoring?  As he defines it, it’s for 55 plussers who can’t share with others, who feel isolated.

5.15 Mark expresses contrast between the way he and heidi are (for example) and how their parents were as they aged.

06:22 Rey gives credit to Susan Farling’s  “Unmasking Aging” contribution, points out lack of mission of our parents, no purpose after “work life” ended.  How to entice older people to join a self-mentoring group.
Rey points out tool  no. 1: listening, as in “active listening” so people feel heard.

10:00 Tool no. 2: asking good questions which promotes talking about things that matter.
11:20 A more evolutionary principle at work, perhaps unspoken, of wanting to give back!

12:15 Can this happen via internet? Yes, sort of but in person is best.  And there are such groups in British Columbia which send people to isolated people just for such purposes.

14:10 Most groups are volunteers but some public funding is sometimes available.  Also there are gov’t. “Seniors Helping Seniors” groups

15:50  The “peer” aspect of these groups adds a quite different flavor

17:00 Not necessarily looking for advice!  Differences between men and women, however stereotyped.

19:20 Informal groups have flexible rules, which is not OK for all people.
21:20 An example of a more structured group approach

23:10  A typical way to end a group meeting: with gratitude

25:00 How does Rey induce such a supportive atmosphere? He doesn’t see himself as  group “leader”.

27:00 heidi sees Rey as really being a leader of the sort the world needs now but not top-down.  Similarities with Otto Sharmer’s “Theory U”.

28:40 Is Rey’s presence required for meetings to continue?
32:05 A viewer has written a cogent remark about leadership.  Rey looks back at the hierarchical nature of professional meetings early in his career, where rank was shown by the order in which they appeared for meetings.  The opposite of peer approaches

35:40  Do some potential candidates for peer mentoring sometimes want something more structured?  For example, adolescents couldn’t see the structure but it was present.  Some olders want some clear structure.

41:00 In the program title we speak of “Growth Groups”…so what’s the growth?  Brain plasticity, as opposed to traditional stages of growth, shows unending possible growth stages, especially in Transition periods between stages of life
42:15 The Peer Recovery Movement for people who have had long periods in their lives in therapy, sometimes called “Mental Health System Survivors”(!) Quite revolutionary!

45:25 His book! Downloadable at: https://spiritmentor.wordpress.com/2017/05/26/evolutionary-peer-mentoring-a-growth-group-for-seniors-2/
Or at our website: https://thewisdomfactory.net/conscious-ageing-info-page/rey-carr/

52:45 Mentoring is very popular in Canada, is included in all public and private school curriculums

53:25 Is mentoring a profession? Some professionalising going on, but it’s not at all necessary.

55:00 Do mentors give advice?  Um, sometimes but not a lot, a bit of a story. Discretion is necessary.

58:30 Differences between coaching and mentoring? Mentoring is more about learning while coaching more often is about behavior change.  But both use listening as a powerful tool. Results vs. relationships

For most people in my generation, work provided meaning, connection, friendship and feelings of worthiness, a sense of accomplishment, and a way to find purpose in life. But when formal work ends, many struggle to regain the life nutrients they gained from 30-40-50 or 60 year careers. Permanent loss of these nutrients can lead to isolation, loneliness, grief, deterioration of mental and physical health, and premature death.

Some people find sustenance in group activities such as card playing, painting and sculpture, physical fitness, sports, and other skill-based activities that engage the brain and body in mild exercise. Some others find ways to continue to develop themselves from mindfulness, meditation, Eastern practices, or even living out a bucket list of activities.

Unfortunately, sometimes these activities do not tap into the experience and wisdom which long-term living on our planet provides. In addition, such activities are often self-serving and nourishing, yet fail to give back to society, family, friends or leave a legacy to others. Most importantly, older retired workers or senior citizens are often relegated to obscurity and treated in stereotypical fashion by a youthfulness-worshipping society. Thus the life lessons learned by older person are shut away or cut-off, barely tolerated and many times ridiculed.

Developmental psychology, for many years, contributed to this lack of attention to seniors. Few theorists, practitioners or academics recognized the continuous development of persons throughout the life cycle. “You can’t teach an old dog new tricks” is a truism that even seniors hold onto in thinking that their ability to learn, change and continue to grow is stunted, curtailed, or impossible.

From my experience working as a child and adolescent therapist, I learned how much inner wisdom people at all ages had. I decided to start a way for youth to help each other using this inner wisdom, their capacity to learn, and their motivation to help their peers grow in positive ways. I found that even children with limited life experience often knew things from that experience that could contribute to their own growth and the growth of others. Working with teens, young adults, university students, employees and executives I developed group interaction models that enabled participants to draw upon the wisdom and experience of each other in positive ways. Essentially called peer mentoring, these groups use a structured model that sets their own agenda, establishes their own norms or process, and focus on outcomes that include enjoyment, laughter, meaning and continuous learning.

In our CONSCIOUS AGEING series,we intend to explore ways of living the “third half od life” in a different way than it has been in the past and what common understanding seems still to expect: Old people need to step back, maybe care for their grandchildren, but not pretend to do something important anymore in their lives – especially if it could compete with what younger people believe to be their privilege. Older people are supposed to become invisible, aloneness and abandonment is the normal situation, nursing homes can care for their bodies until they finally give up and die.

Well, the Boomer generation interrupted these habitual expectations and is now, coming to age, exploring how a different approach could look like, for their own sake and for creating role models for who comes after us. One of them are GROWTH GROUPS, a very interesting model of co-creating our future as elders in western societies.

Over the years I’ve written dozens of biographies of myself for various publications, lectures, or workshops. I’ve never been completely satisfied with any of them. Although I’m proud of the peer training manuals I have written, the lectures and training workshops I have led, the magazine I publish, and my contributions to social media, most of my current life if centered around a keyboard and my family.
I think of myself a “spiritual activist.” That is, I think of myself as continually changing, curious about new ideas and often taking them on for a while to see how they fit. I’m a member of several regular groups without which I think my productivity and happiness as a post-retirement university professor and corporate executive would have withered and left me without a life compass.
I’ve obtained different degrees, the latest being a Ph.D. in Metaphysics, and credentials, the latest being a Nationally Certified Peer Coach, all of which I’ve found and still find meaningful, and I have a number of interests or hobbies that I enjoy. But amongst my own developmental evolution, I live by a set of seven core beliefs that I call my “personal anthropology.”  These include: All Life Has a Purpose; We Are in Heaven; Fear Cannot Guide Us; Knowing is Tough, Asking is Harder; Without You I am Nothing; and Growth in Life is a Paradox.
I’m glad to share my more traditional resume at http://www.peer.ca/racres.html

Growth and Development Through Group Work