What about older men? with Dr. Oren Amitay

WHY AN EPISODE ABOUT MEN SPECIFICALLY?

We had many women specific topics in the past and so we thought it is time to talk about men and their specific situation in this postmodern world.

We also had a conversation in The Wisdom Factory about “MEN, WOMEN and POWER” a few months ago, you might want to check it out as an introduction to what I am writing here. 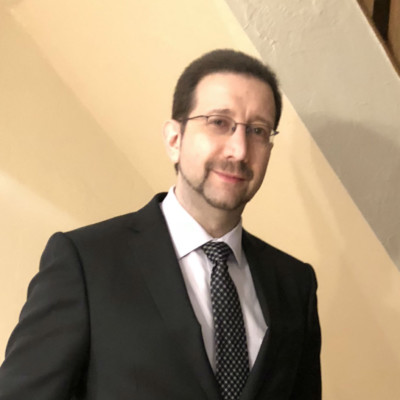 00:00 Introductory remarks and how best to watch and participate. “Doc” Amitay offers a few words of his own
04:50 First questions: What has changed for men, especially older men who grew up in that earlier time? He responds.

06:55 “Personal failure” is a common blame men put upon themselves.

08:30 Many women are leaving relationships.

09:30 Heidi asks why men don’t seem so interested in “interiority” and why women don’t understand the dedication of men, though expressed differently.

16:00 Living together, if possible, is better for all. How to understand the other.

25:55 He advises googleing Martin Seligman’s “Positive Psychology” for help with the Learned Helplessness theory of depression. Seigman’s Six Virtues:
1. Wisdom and Knowledge, especially about oneself

36:00 The huge growth of older people as a fraction of the population (still detouring!)

46:00 Importance of lifelong development for the final virtues to blossom. Heidi’s self-admitted problem with perfectionism and self criticism. Oren expands. Lack of introspection among young people.

55:00 Creativity and novelty until our last breath! Role of Psychedelics in diminishing the fear of death.

57:20 At this point we lost internet on our end and though Dr. Amitay waited, we could not return to wrap-up the show.  Oh, the vagaries of live broadcasting!

Later Dr. Amitay came in again for a short while to give his final thoughts – which then were cut off because of the missing host. As I cut this part away, he is writing a summary of his final remarks:

I think I was simply saying “…it changed my perspective and I learned to genuinely put others before myself and to devote myself to having a positive impact on the people with whom I interact. Doing this, while embracing the six virtues of positive psychology we have been discussing, has truly had an incredibly enriching effect on me, my life and my health.”

So much attention is given to WOMEN in these years, how they are abused or suppressed or whatever. Although that might be true, at least partially, the question is: What about Men? They seem to get all the blame and are expected to get on as usual and, at the same time, change and become like women wants them to be.

This makes their situation rather difficult. Either they try to become what they think women want them to be – which is not really obvious, after all as the words are often not reflecting the deeper desires of human beings. Or they despair, feel left out, alone and exploited by their women who have entered the path of their personal development where they didn’t feel inspired to take part.

In this episode we talk about men in our society, the transformational process in which we all are participating. We also talk  about the need for men to catch up in their personal development and , in face of the postmodern confusion of “man” and “patriarchy”, to take a stand and develop a new and more mature of masculinity independent of their age.

Dr. Oren Amitay is a registered member of the College of Psychologists and has been working with clients and patients in various hospitals and in private practice since 2001. He provides psychotherapy and conducts psychological, personality, intelligence and parenting capacity assessments. He works with a diverse group of clients, ranging from late teens to seniors, one-on-one, in couples or families. He covers every theme imaginable, including issues related to school, work, relationships, family, sexuality, finances, major life transitions, depression, anxiety, to name a few.

The public came to know him in 2016 as an outspoken defender for freedom of speech, especially since his public appearances together with Dr. Jordan Peterson.

CLICK ON THE LINKS BELOW FOR THE BOOKS RECOMMENDED BY DR. AMITAY

12 Rules for Life: An Antidote to Chaos

Maps of Meaning: The Architecture of Belief