WITH  JOHN BUNZL AND NICK DUFFELL

We over-use our planet with the way we are living. It is not sustainable and we should change. We think our politicians should decide what to do or not to do in order to maintain the beauty and the “livability” of our beautiful planet. Even if they want to, it is practically impossible for them unless…

Here the book of John Bunzl and Nick Duffell comes in: The Simpol Solution: Solving the World’s Biggest Problems.

In the conversation with both authors we gain an understanding of what every single one of us can effectively do to change the world. These are big words, but actually it is possible. And everyone of us can also re-gain his or her personal power in our democratic nations which is not limited to simply voting for a political party. The approach of Simpol, even if adopted only by a critical number of people, would completely change our political systems and give back decision power to all of us – if we are ready to engage. 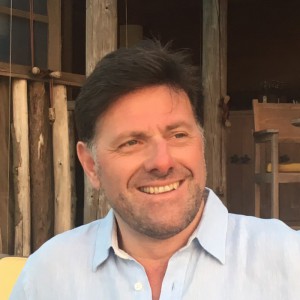 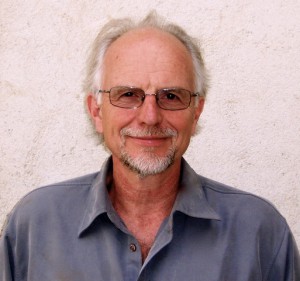 1:22 The book “The Simpol Solution” Uk and American editions have different covers

2:00 the american edition is distributed by Random House

2:30 The longer Bios of our guests at thewisdomfactory.net/the-simpol-solution

4:02 Nick introduces his difficulties to get going and says some words about his background  (psychotherapist) and how he met John’s work and the process of his understanding how important that is.

8:45 The book as a realisation that only few people get the idea right away. With picking up Ken Wilber’s books he realized that the understanding depends from the level of consciousness of who is listening. He wants to help people from where they are at to shift from nation-centric, to integral world-centric level with the book.

11:02 Nick*s interest: how does dissociation and denial work when it operates on a cultural level. “Destructive Global Competition” and how this affects the political sphere + Strong identity inhibits creativity in the political realm

13:20 John Simpol = simultaneous policy. The big problems in the world: Only one single barrier to resolving them. No nation can move first because they lose their competitiveness. Solution: Sufficient nations need to implement policies at the same time.  And no nation would suffer competitive disadvantage.

15:55 Global justice movements come from a nation-centered worldview: as if single nations could do anything alone. Simpol: your government CANNOT act, even if they wanted to. You need to act from a world-centric point of view.

22:07 Mark reports about our attempts in Italy to find email addresses of candidates.

22:35 John: hopes that with more support of people connected with the political world they will get the info. And Simpol doesn’t only work in election times. Candidates like the campaign because it doesn’t harm the competitiveness

24:15 John answers the question: they don’t reject the idea, but don’t feel ready for it.

25:54 Heidi asks Nick: how would people get on with the new responsibility?

26:00 Nick responds to the difference between politicians and their party system. Voters: it needs a small amount, But there is the psychological problem: the denial that governments are impotent – which doesn’t fit with the postmodern idea of the guilt of our governments. Rebels against authorities don’t want to know that and dissociates this fact

30:10 John: The feeling that anything you do as a voter doesn’t make any difference. That’s why John focuses to national elections. 10% of UK Parliament have adhered to Simpol while the “activists” were very few. Now your vote can be the most powerful tool for political justice. Give up the VICTIMISED position but become ADULTS as voters

32:41 Heidi about the difficulty of giving up victimism and adopting responsibility

32:52 Nick: all the struggles that people had for the vote. Let’s not throw the vote out with the bath water, but find a way where it can work, like SImpol. We have to resolve the problems (e.g. inequality) in a new way

34:48 Question from Tom Habib in the live audience: have you started the process in other countries? In USA exists a website but not yet any volonteer to drive the campaign forward

36 John: the polarisation which goes on now almost everywhere is a direct consequence of global competition. Voters feel disempowered because of the destructive global competitions which have a tribble down effect on national politics. Disempowerment leeds to go to the extremes. They fail to realise that the problems are not national, but global. The problems cannot be solved on the national level. Both poles have to realise that they cannot do anything at the national level.

39:10 Nick: identity issues goes very deeply. We know only surface identity. Personal psychological problems are going on. Instead of fighting Simpol can snowball with only few people working on it.  Competition energy you need to use only few times in our lives, otherwise co-operative energies. Nations concerned with competitions cannot see the bigger picture.

42:02 Heidi: people don’t vote anymore for parties, but for those who have signed Simpol?  What will happen when you have been “married” to a party?

42:25 People need to go through tragedy before they know that they need Simpol. We are in a new set of rules. Nations can still do things within nations, but not on the super-national level.

43:35 John: Doesn’t agree with “tragedy”, but people can writer to their deputies. But people have to let go of the nation identity and fantasies. We have a global economy, but governments is national. A governance gap – needs to be brought up to the global level. Simpol allows that.

45:25 Nick: we don’t need more institutions and skills. We already have global collaboration (e.i. Flight control). In the book people are led through the 5 phases of grieving, because we have to give up our idea of helplessness.

47:35 John: example of “bargaining”: fires in factories in Bangladesh. Ask for better conditions, molti-nations council signs up, but on the bottom there is the drawback. Those treaties are good, but they don’t do strategic things for collective action which is needed.

49:40 Heidi reminds to come to an end, What can EVERYBODY do all over the world.

50:03 John: in a democratic country: sign on to SIMPOL. You don#t need to have a political background. “Help out” = talk about Simpol to family, friends etc. up to the management team in your country.

51:15 Nick: Simpol is not just another organisation or another party, although it has some organisational structure. SIMPOL is a process, a tool, an application. The community is not something like a party.

52:15 John: After signing up they forward the info to their members of Parliament.

53:40 John answers: Simpol is about global politics. The candidates are expected to sign the pledge. Joining Simpol is joining people on a more world-centric level of consciousness and you find people to talk to who think more globally.

56: Heidi: what about non-democratic countries?

56:22 John answers. The momentum will grow first in the democratic countries. Johns idea about the United Nations.

58:20 Heidi: You need people in many different countries as volunteers?

58:43 John: need people to feel this in the depth of their souls and get engaged. Little by little

59:35 Mark: Thanks for being able to listen more than speaking.

Our world is facing huge challenges today and many people think that our governments or businesses are evil because they don’t do anything to effectively save the planet from exhaustion. But how should they change things in a drastic way by themselves? Some countries in Europe have governments who have “green” values on their flags, they do something like recycling or a deposit for plastic bottles. But these are tiny scratches on the surface, better than nothing, but not really able to change anything in the way it would be needed so badly.

Why is it that  single countries or entities cannot do anything really effective without risking suicide, without being overrun by others who do not implement practices in favor of reducing the risk factors? It should be obvious that within our economic system those who spend money on the quality of life on our planet would immediately lose in the competitive run for a good place in the market because their good, obviously would cost more.

So how could we succeed despite of that? If everybody did the same steps for change at the same moment. And the recipe for that is SIMPOL.

John Bunzl is a director of an international textile company, a writer and international campaigner with a simple and powerful vision for more effective global cooperation. For over a decade he has worked with policy-makers and politicians, academics and non-governmental organizations, activists and citizens around the world to promote and inspire more effective cooperation.

From the behavioural and evolutionary science behind why we cooperate to the political implications of a world without adequate binding international agreements, John is interested in finding cooperative solutions to our most challenging problems.

In 2000 John founded the International Simultaneous Policy Organization (ISPO) and launched the Simultaneous Policy (Simpol) campaign www.simpol.org  John is a regular contributor to the Huffington Post and has spoken at various TEDx events. He has also presented to the World Social Forum, the World Trade Organization, the Schumacher Society and at various universities including the London School of Economics.

Nick Duffell has practised psychotherapy for 30 years and is the author of a number of books. He now calls himself a psychohistorian and is committed to bridging the gap between psychological and political thinking. He is particularly interested in promoting a depth psychology perspective of issues that affect our public life very deeply such as identity and emotions, fear and vulnerability, but about which political commentators currently lack the means to properly to address.

Nick’s recent work includes ‘The Simpol Solution: A New Way to Think about Solving the World’s Biggest Problems’, with John Bunzl (Prometheus, 2018) and ‘Wounded Leaders: British Elitism and the Entitlement Illusion – a Psychohistory’, (Lone Arrow Press, 2014). He contributed ‘Towards Current Affairs through an Emergent Psychology of the Heart’ in ‘Humanistic Psychology: Current Trends, Future Prospects’ (Routledge, 2017) and to ‘The Political Self,’ (Karnac, 2016). He was recently made an Honorary Research Associate at University College London. He lives between London and the wilds of SW France.

The SIMPOL Solution: A New Way to Think about Solving the World's Biggest Problems

The SIMPOL Solution: Saving Global Problems Could Be Easier Than We Think

Trauma, Abandonment and Privilege: A guide to therapeutic work with boarding school survivors

<Sex, Love, and the Dangers of Intimacy: A Guide to Passionate Relationships When the Honeymoon is Over

Wounded Leaders: British Elitism and the Entitlement Illusion: A Psychohistory

The Political Self: Understanding the Social Context for Mental Illness