Alone and forgotten  with Marc Blesoff

WHO WILL YOU BE WHEN YOU ARE NO LONGER WHO YOU ARE?

How do people age in prison? Is it different to what people experience in liberty? What exactly is different? Do people become more quiet and calm, maybe even religious? Do they deal with their past and do they look for a different future?

These and similar questions are discussed. Marc gives us quite aa few insights in what ageing in prison looks like in consequence of what he has learned giving a course for the people – men – in prison. 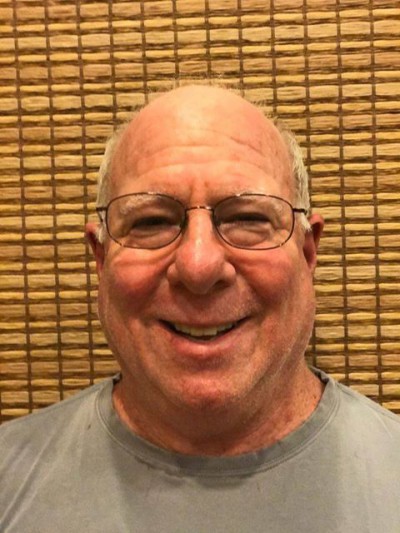 Who will you be when you are no longer who you are?

Please watch and comment, live or in replay at https://thewisdomfactory.net/marc-blesoff

00:00 introductions and mechanics, how to comment, and the first question to Marc, from Heidi:  Are we talking primarily about men or are women included here too?  Marc responds.

04:10 The composition of the men’s group he has recently facilitated,  sponsored by The Institute for Noetic sciences (IONS) and how things developed.

06:13 Comparing the two groups non-carcerated / incarcerated and the amazing comparisons with ageing with incarceration: second class citizenship, old or in prison is bad, decreasing visiting for older prisoners as for those warehoused in nursing homes, etc.

09:28 Ageing prisoners (over 50) are the fastest growing segment of the incarcerated population (a prisoner baby-boom!) and why it has happened,  The 1990’s war on crime and drugs.

12:05 Comments from audience regarding differences between the two men’s groups.  Marc found more similarities and was surprised that the incarcerated could speak heartfully!

13:01 Mark describes The Wisdom Factory’s efforts to “combat” the invisibility of Heidi’s and his own “Old Age”.  Is this true with Marc also?  He thanks IONS for enabling him and his recent letter from his daughter.

15:40 Heidi asks what particular perspectives do the prisoners have regarding ageing.  How they affected Marc’s approaches and how he found out how little was offered to older prisoners.  A remark from a prisoner in the final session of the program.
21:55 Heidi asks about the age mixture in prison.  Does it matter?  Marc speaks to prison community/culture.

23:57 Are these older inmates still dangerous to society? Dramatic drop in recidivism among the older ones and the increased cost of their incarceration.

26:18 A question from a watcher: What did these men ask for? Marc points out the elephant in the room: ageing and dying and how grateful they were for the space to talk about this. A comment from a prisoner, “This is a sharing group, not a talking group.”

29:38 What are their fears? Very similar to the unincarcerated men’s groups.

30:40 Did the group members get close or intimate with one another as the group live went on?  Marc reads a touching statement written by a group member.  Further eloquent “quotes” .

38:48 Another question from the audience: Will Marc continue to promote such facilitation? Marc and IONS are generating data and writing grants!

45:15 Has this been a transformative experience for you as well as some of the inmates? Marc responds on two levels and speaks to conscious ageing.  Finding purpose in prison.

50:23 Access to libraries and other sources of help? No internet! Difficulties adjusting to current reality once out of prison. The story of a 71 year old facing release in 4 months.

53:10 Heidi’s final question about what we older people on the outside can do to help those still in.  Marc’s underscores responding to invisibility.  Opportunities to help via IONS and other groups.

56:07 How to reach Marc; marcblesoff1@comcast.net

57:00 final comments, thank you’s and how to comment on this conversation.  A final passionate protest from Marc about Ageism! The Wisdom Factory’s schedule for the rest of the year.

This a part of the population where we hardly ever want to wrap our heads around it: People in Prison. I actually was shocked when I realized that I had never thought about people in prison being or getting old with all the common problems which arise with ageing.

They get older and die as everyone else. Lately there was a debate here in Italy where we live: Should the hardcore Mafia boss Toto Riina, who has been sentenced for about seven lifetimes in prison, be released because he seems to be dying?  Is it humane and right to grant him the dignity of a death in the family? Or would he, on his death bed, still operate in his role of THE BOSS and organize other mischievous deeds?

In our show we talk about less prominent people who literally seem to be forgotten by everyone and disappeared from the public awareness.

He recently concluded an 8 session Conscious Aging Workshop program for the aging prison population at a Federal prison.

Marc was formerly a criminal defense attorney in Cook County, Illinois for 30 years, 24 of which he worked as an Assistant Public Defender. Marc is grateful for the possibility to change that awareness offers, and he appreciates the opportunity to get closer to being the person he would like to be that aging consciously offers.

At the moment there are no resources available.

Aging in Prison: The Integration of Research and Practice

Women Aging in Prison: A Neglected Population in the Correctional System