The power of change with Fred Jones

This live event within the Conscious Ageing series will address the positive impact which change can provide for our own lives and for the lives of others. 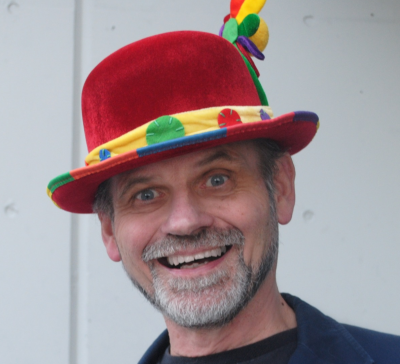 The Power of Change with Fred Jones

Timestamps: WHAT to find WHERE in the video

02:50 what young people do we know? Contrast with Fred, whom young people keep young.  How he got involved in working with young people: Toastmasters had an “orphan program” for young people.  His own difficulties he had speaking as a kid.  He hopes to develop groups for youth around the world to develop LEADERS!

08:18 Fred’s explains how it works, by allowing the kids to run the show within a structure based on roleplaying: i,e: count how many times people interrupted someone,count how many “filler words” were used, who wants to tell a joke, timekeeper, host, questioner, speaker, etc, plus how to give feedback (“the secret sauce!”).  They end up coaching each other!  It all builds self-confidence and communication skills.

12:45 Mark asks how old are these people? 6-16.  Often siblings in the same family! It’s something the whole family can participate in!  And parents love it.
14:35 Heidi: Are you pioneering a whole new education system? Red talks about the current school system’s limitations. His efforts to work as an “addendum” to regular school hours, from homes, and with Google Hangouts, or other platforms, etc.

17:04 LEADERSHIP is the goal! A viewer’s question leads Fred to explain what he means by leadership skills

18:30 How constant are the groups?  More boys or girls?  Some older members can run groups for younger ones.  How will he “run” groups in Victoria, BC when he’s in Australia soon?  Fred says they’ll run it themselves! And he has a manual, which is mostly for parents, called “Becoming Brilliant! – Coaches Playbook.

21:44 Will you be affiliated with Toastmasters when you go to Australia.  Not much, says Fred and elaborates.

23:00 How did this project get off the ground?  Homeschool pèarents seem to love this so we get lots of homeschool groups and doing a lot online.No financial support is needed!

26:00 How to reach Fred: OurFutureLeaders.Ca – with many materials for getting started.  Fred stresses humility.

32:00 Comparing present day leadership with Fred’s vision.  He asks: Where are our leaders?  The importance of beginning young!

35:00 Where is the opposition to such changes? Fred refers to a Book called ”Turn the Ship Around” which changed the whole destiny of a nuclear submarine which had developed a reputation as a terrible U.S. ship to be assigned to. Bottom up rather than top down.
38:55 Heidi plugs Frederic Laloux’s “Reinventing Organizations”.

40:00 Fred and a viewer plug Simon Sinek’s books and then he turns to explore the theme of The Power of Change and how not to get the same old, same old. Fred’s new lifestyle, homeless, on the move, listening to Ted Talks, second childhood!

44:00 the Baby boomer bulge and how it is changing our views on ageing.  It’s a big plus for diving into his “new” career coaching young people.  Let’s do it!  Heidi expands!

50:00 Fred starts winding down by quoting Nelson Mandela: “Education is the most powerful weapon you can use to change the world.” He saw how conditions in Zambia and Zimbabwe had deteriorated with independence but without education.

56:30 Fred is excited about low level satellite internet coverage for the whole world.

We will be talking about YOUTH in this episode of Conscious Ageing. Not so much about staying youthful when getting older – which is a normal topic for us aging people, no! we will talk about how embracing change keeps us in a youthful state of mind on one side AND we will talk about what we older people can DO to help to change the difficult situation of the Youth of today and help them become responsible adults who will make the world a better place. We older people have the experience which the young ones have not yet. We can help them to avoid the same errors, the same suffering, which we encountered on our way. Instead of retiring into a self-centered life of leisure and futile activities we are called to share our wisdom with the younger generations, to help them get oriented in this hyper c0mplex world and to find their own deeper values and meaning in life. Our guest

Our guest this week is doing exactly this: Not only is he working with young people find their way but, maybe even more important, he teaches other adults how to coach youngsters and help them to start out their lives in a good direction.  So if older people develop the intention to be useful for the young but don#t know where to begin, Fred Jones certainly would be a good address to start with and to adopt the necessary tools to go out and become grandmothers and grandfathers for the world.

Fred writes about himself:

I have noted that when I have made changes in my life, it has a positive effect. Examples of the changes is that I have moved and lived in a few places during my lifetime. Here are examples:
13 years old – Moved with my family from Thunder Bay inNorthern Ontario to Vancouver, British Columbia, Canada
20 years old – hitched hiked to Europe and through Africa and settled in South Africa 1 year later.
44 years old – returned to Canada and lived in Toronto after traveling for 30,000 km throughout Canada.
67 years old – moved to Victoria, British Columbia where I am currently located.
70 years old – traveled for 5 months through Africa, from Cape Town to Cairo.
As background, I also am involved in Toastmasters for the past 14 years and have acquired the Distinguished Toastmaster award. I also have been involved in indoor rowing for about 16 years (on rowing machines) and have participated in two World Championships held in Boston and have rowed the equivalent of more than twice around the world. (current distance is over 97,000 km).

The following excerpt is from “Within My Power” by Forest Witcraft, and is borrowed from Freds website OurFutureLeaders.ca

One hundred years from now
It will not matter
What kind of car I drove,
What kind of house I lived in,
How much money was in my bank account,
Nor what my clothes looked like.
But the world may be a better place because
I was important in the life of a child.

Empowering Youth: How to Encourage Young Leaders to Do Great Things