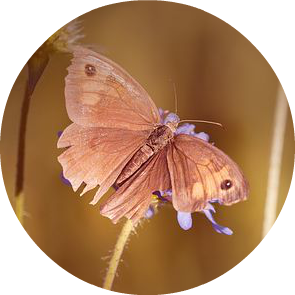 Life care for a family member: a panel conversation 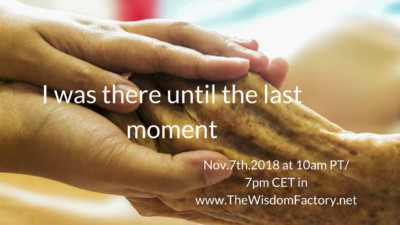 WHAT TO DO WHEN A DEAR ONE DIES – A PANEL DISCUSSION

How do you feel when you get to know that a person dear to you is about to die? Probably you don’t know yet, unless you have already been in that situation.

In this session of our series CONSCIOUS LIVING, CONSCIOUS DYING we will discuss the experience of living with a person who is entering the dying process. Our panel members will talk about how they felt, what they did to address the problem, how they could support the dying person and how they managed to overcome  their own fears in the face of death.

What did they learn for their own life with having had this experience?

TIME STAMPS : WHAT to find WHERE in the Viseo

0:00 Heidi Intro to the session and to the whole series

2:28 Hanna Hündorf introduces herself, her experience in a Tibetan center with dying, with her mother, father and in an old people’s home

4:15 Jane Duncan Rogers: her husband and her parents: you never know when it is the last year! she developed her new career out of that experience

5:50 Barbara Quick Her husband passed from Parkinsons and dementia, many other family members lost, but KEEP GOING

7:20 Marianne West, Heidi’s sister, we were with our father and mother. Both died at home. The morphine problem. The father of her daughter in law. Observing family dynamics. Not being allowed to go by family members!

10:40 Heidi: the decision to not shy away but be with the person who is about to die. The mother, an ex-partner in hospital. And Mark, my husband

13:40 The series as an inspiration? What did inspire you to be with the dying person.

14:22 Hanna: Be in denial of death in our culture, but it is a great opportunity. She is very grateful to have been able to be with them: you lose the fear of death yourself and there is a space quite holy. Hospice and palliative care in the hospital can be the right place, depends on the situation. It is not horrible as one expects, but it can be a beautiful experience.

17:50 Marianne: hospice can be a good place, or nurses can come to the home. Her daughter in law experienced a difficult death of her father, he had wanted to die earlier, asked for assisted suicide, the denial of his brother created a prolongation for him. Birth and death likewise are transitions into an unknown reality. After passing people often have a peaceful face. Hope for healing with disease, irrational mind, but death can be a relief. It was easier with father’s transition, because then the pain was over. Synchronicity for Marianne to be able to do a course about how to help someone in transition. She shares some learning.

23:50 Heidi: Kübler-Ross: the 5 phases of death. Mark didn’t go into the anger, he was very accepting

25:17 Jane: She had studied death professionally. She thought for herself that dying was an advanture, her dying husband was fearful. She knew that the person might send a message shortly before death: she shares her experience of that. His counting down was a relief that some part of him knew it. She knew then that he was preparing and ready to go. It was a gift for her. She passed that on.

28:30 Barbara: Her husband was called to his father who died only after he arrived. They saw his spirit leaving his body. Her relatives didn’t die at home. She tells the story of her husband’s last years. Their daughter moved in, whose profession is in-home care. The challenges with handling him if he fell, many times. The dementia turned really bad, he got scared by his hallucinations. He wanted to know. Like bad dreams. When she couldn’t handle him anymore, he went to a rehab nursing home. She was grieving for 2 years and when he died it was easier knowing he was out of the pain.

38:20 Heidi: how do we overcome the challenge and grief in the experience

39:04 Hanna: there is a difference if the parents are over 90. The grief is less than if it was her husband. Dying in old age and with loved ones around is very natural, you don’t need to grief. Train the brain for not getting dementia. Hallucination as seeing spiritual beings. The mind playing tricks – keeping grasp on reality. Gradually the world becomes very small. Keeping the independence by being inventive. We need to re.-earn to look after our relatives when they grow old. Meditation training is very useful. Humans have a natural instinct, get back to it.

46:30 Jane:  Her father’s death was sad, but also a relief. Her mother died a week later, you wouldn’t have expected that. Jane really misses her with tears. A mixture of emotions, the challenge of acceptance. In the care: she had to slow down with her helping instinct to enable them to still do things

49:45 Heidi mentions the books which Jane has written after the experience with death: Gifted by Grief. And Before I Go. Mark and I did her course and it was helpful for me after his death. I still have to complete it, I also got the inspiration to create a legacy for Mark in form of an e-book.

52:30 Jane: her parents had completed the templates of the course and it was so useful for her after their death. BeforeIGosolutions.com

53:35 Marianne: people around her are doing death cleaning, it is a kindness for the people we leave behind. Our mother became less and less and was living in a chair for many years. She was not interested in life any more. LAter Marianne felt sad that she didn’t feel sad when mother passed. Now she is talking with her more, if it is “real” or not. There can come up guilt that one doesn’t do enough. “Tell him what you feel!”

58:50 The crane at the river at the Tiber: the messenger of the soul. MAybe it is crazy or not: hold the uncertainty.

1:00:30 Barbara: she plans to write. She shares the story of Susi, the old dog who died 10 days before her husband, they told him only on his last day, he would be there with Susi – he died only a few hours later. Now she is very busy. Her philosophy is POSITIVE LIVING, KEEP GOING. – 2 days after our conversation camp fires devastated her hometown, she succeeded to connect and tell us that she was in an evacuation center, waiting if she would be able to get back home or not.

She was married 62 years – kind of unbelievable.

1:03:24 Hanna: appreciation of the conversation: Barbara is an example of ageing gracefully, and she knows how she has been through a kind of hell.  Interesting to hear the different facets. It was hard to be there, get real and not esoteric about it, at the same time it is not useful to be afraid of death.

IT IS NOT SO IMPORTANT WHEN WE DIE, BUT HOW WE DIE

ABOUT OUR PANEL MEMBERS (Please click on their names) 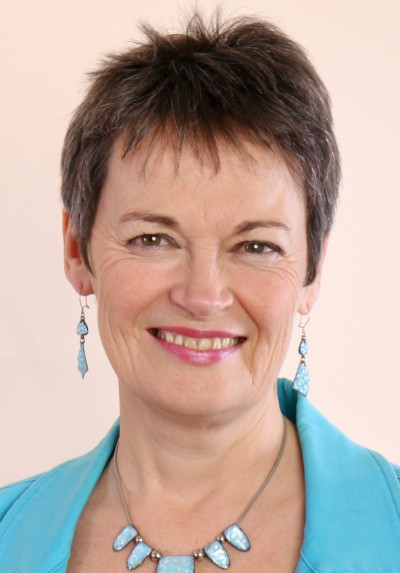 Jane Duncan Rogers was devastated when her husband died in 2011. Little did she know that 3 years on she would be publishing a book called Gifted By Grief, (and truly felt she had been) and then to become founding director in 2017 of Before I Go Solutions, a not-for-profit that helps people to make good end of life plans.

In August 2018 her second book, Before I Go: The Essential Guide to Creating A Good End of Life Plan was published, and the Before I Go Academy was also started, enabling health professionals to become licensed facilitators of the BIG Method, bringing this much-needed work to their local communities. Jane lives in the north of Scotland, and has a new partner with whom she is building a house together.

See a previous event with Jane in The Wisdom Factory

For 36 years I have been practising Tibetan Buddhism as main focus of my life, including two traditional 3-year retreats.
The first 15 years I spent in the Samye Ling community in Scotland, where I came to know a totally different way of dealing with death and dying. 1997 I began teaching meditation and Buddhism in Hamburg – with a preference to very practical application in daily life  – and accompanied a young man in his last weeks before his death of cancer.
From 2006 I lived with my mother for 11 years, who with my assistance gave an example of how to age and die in a dignified and conscious manner.  During this time I was also able to ease my fathers passing and the last difficult year in his life. Working in a commercial old people’s home I experienced how growing old and dying is often done in our society these days – which I consider to be inhumane.
I would like to contribute to finding our way forward to a more natural, conscious, compassionate and calm way of life which is partly still found in more “primitive” cultures. 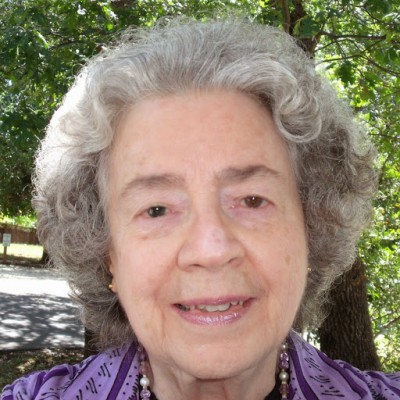 Barbara Quick is a senior with a younger, positive attitude about life.  For many years she had been her husband’s caregiver as he became more disabled with Parkinson’s and some dementia and finally died

Barbara loves to write and has some books planned with stories from her 61 years of marriage. Another book will be about their late son and living with his mental health problems, The other book she is planning now is one about all of the dogs my late husband and I had as part of our family during our almost 62 years together.  Most of them had some cute stories about them.

Cliff and I were just one month shy of 62 years of marriage at his passing.

Cliff’s dementia turned very bad, and was so scary for him, the last year or so of his life.  He was seeing and hearing people who weren’t there, was convinced we had an “upstairs” that didn’t exist, thought we lived in a town or on a street where we had never lived, would awaken and think he was alone in a strange place, even thought there was a gang of murderers at the hospital who were going around and killing people, etc..  He was often terrified of “something.”  He often said he didn’t want to live that way any longer.

Barbara in a previous episode of The Wisdom Factory 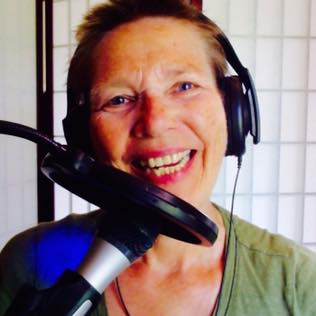 Marianne West had her first experience of being with a person during their transition as a young adult. Her father was ill with cancer and for many days, his passing was imminent. She happened to be in his room at night when he transitioned. Later, she was also present at the passing of her mother. This time, she was much more prepared and was with her sister and sister in law during this time. In her opinion, death as well as birth, need to be part of our daily lives again and not events happening in isolation far from all other aspects of life. That said, witnessing the recent decline of her daughter in laws father and the impact witnessing his passing had on her daughter in law, we also need to have much more support for the caregivers of the dying person.

Before I Go: The Essential Guide to Creating a Good End of Life Plan