The psychologist Nick Duffell was primarily interested in the UK boarding school system and what damaging effects it has for the youngsters. Then he met John Bunzl and his idea of SIMPOL (simultaneous politics) and was fascinated by his approach to the point of co-authoring a book about it. Watch our show with both authors HERE.) Doing politics in the suggested way would revolutionize our systems. So why don’t we use it yet everywhere when it makes so much sense?

Here, as everywhere, psychology can explain why and why not, and also how the change can finally happen. This change of which everybody is theorizing but hardly anybody doing practical and effective steps because nobody seems to know what they, personally, can do to foster it.

Nick Duffel has some insights about all that! 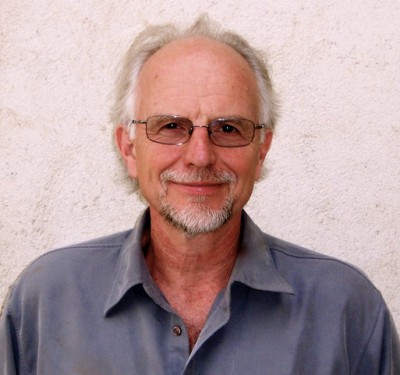 View also the Blogpost about this show

TIME STAMPS WHERE to find WHAT in the video

Please add 90 sec to the time stamps below, due to the intro trailer

1 Nick introduces the topic: what is Psychotherapy? Seperate from the outside world?

2:50 Politics is nothing but emotions and identity issues!

4 News stations and politicians manipulate our emotion: belonging is a huge topic. You need to study history and emotions!. Chaos and violence, after that the welfare state which collapsed again in 2008, fear of the rapid globalisation. Leads to regression. Scapegoating phenomena.

8 Heidi: Blame others for the own satisfaction and not to see one’s own contribution. Start with personal psychology and take responsibility to understand how groups act. Nick: having someone to blame makes us FEEL better in moments of great stress. And on self development movement, different levels of consciousness. Feeling safe is needed to NOT act in a diffensive ways. Old identity is lost, genuine concerns about their identity. Brexit and Trump. Globalisation favors the rich and mobile people.

13 The new enemy: labour is global, immigrants seem to threaten their lives. The losers are the ones with the protest votes.

15 Heidi: The missing ethical fundament of globalisation. Seems to be egocentric mode only. Religion is missing in the sense of giving an ethical framework, we just don’t care!

17 Nick: Nuclear industry: externality., dissociation. The elite in Britain is educated in boarding school which teaches you DISSOCIATION from your feelings. Get rid of softness and vulnerability! We have WOUNDED LEADERS who cannot understand vulnerability of themselves, let alone of others. We need to recognize in politics, where dissociation is working and scapegoating.

20 The SIMPOL SOLUTION: politicians are much less powerful than we think by the international competition. “We are good, the politicians and Corporations are bad and have to fix it” – We are all in the same boat! We have to vote for policies, not for parties! Use our vote better

23 We have to give up superiority and blaming, but find a solution and take responsibility, like in SIMPOL, a pragmatic experiment.

24 Nick on the Dutch election in 2017. An initiative of going out and listen and talk to the people who would have voted for the far right party.

26 Heidi: the pendulum phenomena. Push creates push back. Holland and Denmark. The ideas of “green” people don’t see that other people might have other values, and if you want to have them in your surrounding you would need, at least, to tell them and teach them your values. Heidi’s experience. Explanation of our arrogance.

29 Here again we need some psychology. Levels of consciousness and values, increased by national mindsets. Nick about Sweden: everybody has to have the same mindset. Levels of complexity is not seen. Same happens in our own societies, not only with migrants/ other cultures clashing.  Elitism -.Post-modernism, gender has become a political issue, which shouldn’t be, but personal issue. Ideas are put above everything

35: Nick about the idea of being free to chose any gender you want, on #Metoo, identity issue and victimisation: “Your body doesn’t matter, only your choice” = consumeristic: “too much”

37 Heidi*s rant:  finds that regressive, same thing as the church did in repressing the body.What is life? Believe comes before the facts, which she doesn’t see as progressive at all. Short-thought ideas

40 Nick 2 foundations: church divided boy and mind (platonic foundation) only the sould is important. Disconnection. European Enlightenment foundation : Earth is a dead body, rational mind is everything. > exploiting earth is no problem. > MY CHOICE is more important than the body. Good choice would be ALIGNING with the body

43 Puberty when deep thoughts appear about sexuality, not before. Parents project their own consciousness. Bypassing the whole developmental psychology. No guidance on what it means to be in the body they have good. Has become a social political discourse which should belong to psychology.

Heinzy Freinacht: what are the concerns, values, lissten to the people, so they don’t act out

1946 Heidi: the need to grow into second tier. Trap of being right all the time = problem. Education into adaptation (conventional stage) is needed (from an integral perspective). Framework and widening the boundaries, instead of closing the boundaries = abuse of children.

50 Nick: Graves, Spiral Dynamics. The jumpf from green to second tier is problematic because of the feeling to have “arrived”, nothing better exists. No boundaries = no safety..

52: Nick: example of his practice: spiritual people are much less open to change than “normal” people. Need to get out of the identity trips! Re-educate green to be truly more inclusive and not be afraid of hierarchies. Otherwise the rational worldview of exploiting will go on. The psche is very resistant to shifts we need pschological informed politics

56 Heidi: Postmodern tragedy because the performative contradictions.  Developmental turming points where things can go wrong: Postmodern doesn’t include conventional stage. What follows out of that. Jordan Peterson is healing the gap of the missing traditional layer of human development in these times. Role – identity confusion in parents.

59 Nick: Wilber: transcend and include adult development: include and transcend

You might believe that politics has nothing to do with Psychology. Most people probably think that their political decisions and even their votes for a determinate party derive from their own free rational thinking. But if you know a little bit about psychology, then you know that this is not true.

Every decision is ultimately done according to our conditioning and our emotions, even when all sorts of seemingly rational reasons for it are loudly proclaimed. This leads to much chaos in human relationships, and when even the president of a big nation is openly following his impulses, without even bothering to find some rational looking explanation, then we are truly in trouble and peaceful living on this planet becomes more and more improbable.

Studies have shown that our personal inclination for political parties and ideas about life in society are closely related to our personality traits. On the other hand, people who actively engage in politics need to have a certain psychological structure to be effective. With other words: politics depends on our psychology, our individual imprinting and the level of personal growth we reach in our lives, as presidents, deputies, local politicians and as voters or non-voters.

Fascinating to explore how deeply our structures in society are connected with the psychology of everyone involved!

Nick Duffell has practised psychotherapy for 30 years and is the author of a number of books. He now calls himself a psychohistorian and is committed to bridging the gap between psychological and political thinking. He is particularly interested in promoting a depth psychology perspective of issues that affect our public life very deeply such as identity and emotions, fear and vulnerability, but about which political commentators currently lack the means to properly to address.

Nick’s recent work includes ‘The Simpol Solution: A New Way to Think about Solving the World’s Biggest Problems’, with John Bunzl (Prometheus, 2018) and ‘Wounded Leaders: British Elitism and the Entitlement Illusion – a Psychohistory’, (Lone Arrow Press, 2014). He contributed ‘Towards Current Affairs through an Emergent Psychology of the Heart’ in ‘Humanistic Psychology: Current Trends, Future Prospects’ (Routledge, 2017) and to ‘The Political Self,’ (Karnac, 2016). He was recently made an Honorary Research Associate at University College London. He lives between London and the wilds of SW France.

Trauma, Abandonment and Privilege: A guide to therapeutic work with boarding school survivors

Sex, Love, and the Dangers of Intimacy: A Guide to Passionate Relationships When the Honeymoon is Over

Wounded Leaders: British Elitism and the Entitlement Illusion: A Psychohistory 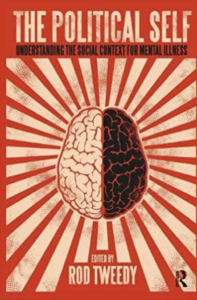 The Political Self: Understanding the Social Context for Mental Illness

The Making of Them: The British Attitude to Children and the Boarding School System