In our conversation with Susan Farling we explored how Ageism can be detected and how we can learn to adopt a less “racist” attitude towards the natural flow and phenomena of human life. 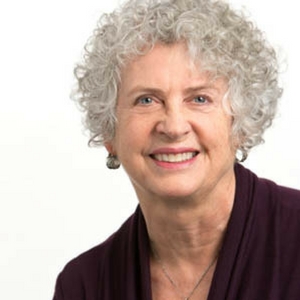 Timestamps: WHERE you find WHAT in the video

00:00 Introductions and how to watch the show

03:00 Her growing professional/personal reasons for paying more attention to people around retirement age

03:30 The developmental stages as we age, from young years on

04:40 Ageism begins when we’re quite young also.  Things we notice as children but without any explanation.

06:12 How to live in/with an ageing body in an ageist society. And you don’t have to be old to be a victim of ageism. Some examples

07:50 Ageism accelerates as we get older; a kind of disrespect. Is embedded in language.  Examples: “dear” “young lady” “giovanotto” (young man). Importance of context, tone, etc.

11:10 Making clear distinctions, no black and white labeling (or reacting!) The internalised ageism against both ourselves and others. Examples: the difficulty we have with the word “old” and how do we want to be called, will I look ridiculous in “those” clothes, using age as an excuse for letting others to something for us as not so capable.

14:50 Susan gives an example of her own ageism based on shame, which helped start her on this new interest in Ageism. And Heidi gives a counterexample!

16:40 A viewer contrasts Eastern (Indian) vs. Western views of ageing.  Susan wonders is the disengaged elder is part of that Eastern view.  Mark offers a counterexample.

22:00 Heidi asks how Susan brings up ageing issues with her clients  She says they don’t initially show up for those reasons. But she is refocusing her efforts currently.

23:38 what about the possibility that with such a large percentage of the population being older than EVER, is there a new “LEVEL of consciousness” emerging that has reached a significant influence on public life (and they VOTE!).  Heidi insists on visibility!

25:30 Gerotranscendence: Susan recommends:
MATURING INTO GEROTRANSCENDENCE by Lars Tornstam, Ph.D. which you can find at: http://www.atpweb.org/jtparchive/trps-43-11-02-166.pdf

26:28 A viewer asks that Susan talk about the hopelessness that some older people feel about approaching death. Susan responds with suggestions. Conscious dying is a new and growing topic.

29:38: The taboo on speaking about death: Go to “The Death Chicks”. Undoing the taboo: people who make and decorate their own caskets and set them as furniture in their homes.

32:27 Progress but at the price of experience, but back to Susan’s book, “One Choice at a Time; A practical guide to wellbeing” available at her web site: www.susanfarling.com and is based on people in transition (not necessarily getting older) with stories and exercise like the “Friendship Filters”.

36:46 Heidi asks if there is a “vocabulary” of Ageism. Susan replies affirmatively and will send us a link.
39:08 What about women who fear “looking their age”? Quite a discussion follows.  What about post menopause liberation?

43:41 Another viewer asks what might be the best of both (eastern and Western) worlds. As examples of western trends, Susan brings up joint living situations. Mark mentions current research into healthy ageing, of gerontology rather that geriatrics.
47:00 But going back to vocabulary, what should we call ourselves?  Elders sounds good. Some rewriting of stories is necessary.

49:29 How to approach transitions without beating ourselves up.  Find others who are also transitioning, or have done so recently.  Look to our “elders”!  See what can be finally developed!  Dogs, choirs, etc.

56:10 A viewer asks, perhaps about his own father, how older adults can overcome Ageism.  Engage the older one re: what they are interested in.  Importance of humor!
59:30 Final remarks, thank you’s, goodbye’s. “Live long and prosper!”

“Getting old” often is seen as becoming sort of useless, invisible, with no real value for society. It is not only the younger people who think this way, but also the older people themselves. This belief is underlying the present Youth-Culture, the refusal to get older and to embrace the benefits of increasing experience. Instead, people fear their 30ies birthday and every next decade becomes a more tragic idea. They try to avoid thinking about getting older and to do everything to appear – at least from outside – to be as young as ever.

If we look closely at this phenomena, it cannot be seen other as AGEISM, the attempt to classify humans for their age, the preference of one age over another which is ever-present in our culture. What are we, ourselves, contributing to that attitude? How are we feeding this prejudice on one hand and on the other complaining about the precarious situation of the old and of the ill – as illness is equally stigmatized as it is age.

Like many of the people she serves, Susan’s career path has taken several turns and shifts. As well as turning to the online world as a coach, she’s been a counselor and psychotherapist in private practice for almost thirty years.

Susan started her education with an undergraduate degree in drawing and painting. Her creative interests have been a theme throughout her life. Her curiosity about what made some people more resilient than others led her to work as a registered nurse primarily in acute care psychiatry. Wanting to expand the opportunity she had to understand and support her client’s perspectives and well-being, she went back to university to get her master’s degree in counseling psychology. As well as her formal education, she counts as influences poets, yogis, artists, mystics, musicians, and meditators.

Susan treasures her relationships with her family, friends, and community. She practices chi kung, yoga and reiki. She is a lover of the fun of pot lucks; of mist and rain; of trees, dogs, and silence.

Susan’s book “One Choice at a Time: A Practical Guide to Well-Being”  is an accessible and engaging guidebook designed to help the reader develop and maintain well-being, resourcefulness, and resilience. Step by step exercises are interwoven with compelling stories of her clients using, integrating and benefitting from the practices described. You can purchase it by contacting Susan HERE

Retirees who wonder why they should bother to get up in the morning turn to coach Susan Farling MA, RCC for support in finding their motivation to design their ‘best for them’ lives.

The Language of Ageism: Why We Need to Use Words Carefully

COMMUNITY BUILDING ON LINE:
Excellent site for women over 50+
www.sixtyandme.com
Varied – men and women – some inspirational
www.growingbolder.com
Offers a selection of sites
http://www.selfgrowth.com/articles/top-10-social-networks-for-seniors

All is Well: The Art {and Science} of Personal Well-Being