Drugs and Consciousness: a life experience

WITH MARK DAVENPORT AND MONIA FRUEHWIRTH

When we were “young” and went to University in the 70ies, consuming drugs became a fashion and challenge for many of us. Since then, drugs have become a constant phenomenon in our western world, especially among young people, but not only. Not everyone comes to drugs in young years, not everyone’s life is challenged, and the fear of the consequences of taking drugs has done its part to prevent those of us from a possible dependency who were grounded in solid “blue”, traditional values.

One thing is clear: everyone who has ever consumed drugs has had a different approach and a different experience with them. Here Monia and Mark share their experience, which is different and unique for both of them 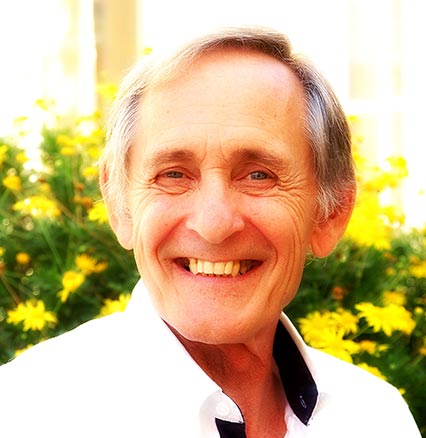 Drugs and Consciousness - the Boomer Experiences

Timestamps: WHERE to find WHAT in the video

03.21 Monika goes first: Wilber’s “The Green Meme” and how it went “wrong”.  But her first experiences came after long inner practices, found them wrongly casually used.

11:14 Heidi jumps in to clarify that much of this is news to her.

12:00 Monika details importance of circumstances in drug experiences and details her early experience and her increased verbal abilities under the influence

16:25 Moika asks about any sequences Mark can remember.  Mark says no, but…

18:12 Monika contrasts/compares these drug experiences with her current abilities now after many years of consciousness work. She tried ecstasy with positive results.  A special kind of green appeared.

20:01 Heidi asks Mark about spiritual experiences while high.  Mark did not use the term “spiritual” in those days.  A bad trip. Drug use declined over time, though marijuana continued occasionally for some 10 more years.

23:17 Monika asks about alcohol use as “normal” and Heidi continues with watchers’ comments. Some questions about mushrooms.  Some feelings of resonance among users years later.

25:40 Monika asks deeper questions about all “drug” use, legal or not even recognised as “drugs”, or other activities  and behaviors.

27:25 Some other drugs that neither has taken, second hand reports on mushrooms, peyote, etc. Audience cautions and questions.  What about just opening our hearts and let Eros roll.
30:15 Monika mentions Platon (Plato in English) who was told about Eros as Philosophy, the engine of Evolution (and not sex!) by a woman!

31:03 Mark’s summary of what role drugs served in his life, “That’s what it was in my life as I look back.  The drugs, they were Eros.  they were the expression of a way I could go when I felt so stymied in all the other directions…and I was getting packed into a career package….which I didn’t give a s%&t about….”

32:14 Comments about ayahuasca, but Monika’s speciality is everyday life: You should see the way I wash the dishes!  Heidi asks me to pay attention because I am washing the dishes in our home! Monika gives other examples.

35:15 Comments on Heith Ledger and other entertainers.

37:07 Heidi asks what do people need to get out of the trap of addiction.  Mark briefly replies how it turned around for him, a trip into Blue (conformist) culture, into counseling and how it might have been more gentle.

40:50 Other legal or not even “chemical addictions.  How careful Mark is now!

47:25 Mark misunderstands German accent pattern, confuses “TiBETan” with some guy named TIBBeton and asks some unknowingly dumb questions. Monika talks about her new ability to let people be where they are.

49:05 Mark’s “sleep teachers”.  The EASY button! Monika is more disciplined. Heidi also weighs in. Monika admonishes me, “Mark, I want to kick you in the ass right now.” Mark recounts his dream of the young boy in treatment.”

53:50 Insights into Mark and Heidi’s relationship.

55:37 Monika reminds us that we wanted to talk about consciousness. Heidi’s take away from the show.  Mark reveals his misunderstanding and asks about Mr. Tibbeton again.  Monika replies with several Tibetan Rinpoches and confusion remains and her final words.

During the episode  with Bonnie Greenwell which streamed  live on June 9th 2017 the conversation went towards drug experiences .Drugs first came up in the West in the sixties where many young people experimented with them and had various experiences, from blissful to devastating. Monika Fruehwirth mentioned in the comment stream her own experience and how it opened up moments of cosmic consciousness. And Mark has something to contribute, too, as he is also a “Babyboomer” and University student in those years, fully participating in the student culture of America of those years.

The idea came up to have an exchange about the experience in their youth. But would it be right to do it in public? Well, the nice thing about getting old is that you feel you have nothing to lose! And so they decided to do a public show.

I, Heidi, am of almost the same age, but my University years were less spectacular and I have nothing to contribute to the topic, except some experience with the good German beer. I won’t be participating anyway as I am off to Berlin to attend at the German Integral Conference with the topic: Emotions and how to handle them. The knowledge might be useful also to people with their drug experiences, I guess…

Monika is speaking out of the experience of 7 decades of an intense life which was dedicated to the evolution of consciousness in herself and others.
Monika is a true leader. Thanks to her constant efforts the philosophy of Ken Wilber was introduced and spread in Germany. Her way of adopting leadership was – and is –  translating innumerable amounts of  texts, publishing articles, editing print media and creating the German Integral Association together with some like minded people.
Monika was one of the first women in the German-speaking Integral scene –  which at first was very “head biased” – the enthusiasm about a brilliant theory. She introduced into the Integral Community the “Feminine Integral Consciousness Field”, a self-organized group of women who tried to translate the theory into their everyday life practice. My friendship with her began with being part of this group of women and their attempt to find a FEMININE WAY of bringing the Integral WORLDVIEW out into the WORLD.

A conversation with the  Swiss “Sex Guru”  here

An info letter about cancer therapy with psychedelics here