Getting older in Denmark – with Bettina Hartmann

AGEING IN THE WORLD

The experience of getting older depends very much on where in the world we are living. There are countries like Italy, where we live, where the families still are taking care for the older people and old people’s home exist, but they are definitely not great. In India the situation is appallingly different (see our show with Winnie Sing). Northern Europe is considered the most advanced area in the world for many reasons, especially for their social services. So what does it feel like to live there and to get older? Bettina Hartmann is not yet “old”, but getting older is a phenomena which starts with 28, as our guest Kyriè Carpenter affirms. 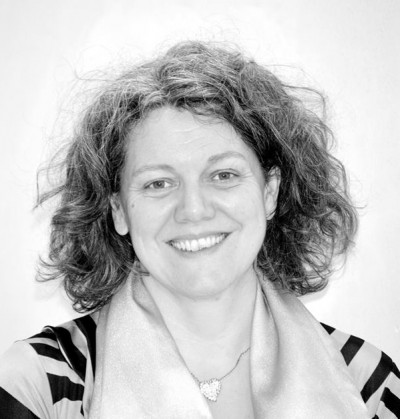 How is "Getting Older" and "Ageing" seen and lived in North Europe? with Bettina Hartmann

Time Stamps: WHERE to find WHAT in the video

5:25 (or so) So what was it like growing up in liberal yet traditional Denmark? Bettina starts with a look at her great grandmother who regretted getting older and not being able to clean the windows every week!  Working hard! Lutheran culture, structured life consistent for centuries, forms continue but rituals persist.

9:35: What she meant by “going out into service” after confirmation. Adult at 14!

11:05 Believing mother without biblical support, atheist father, no pressure on her, but confirmed at 14 while already not believing, beginning a 15 year spiritual dry spell because “nobody told me you can believe in another way.”

13:14 No knowledge of other possibilities so she went into nuclear physics, even though it didn’t answer the ultimate questions. “Complete”sexual equality in schools and believing in equal possibilities from the beginning. Hyper equality for a while until the 1990’s when some femininity was “rediscovered”.

16:40 Contrast with North America. Bettina again looks back to her childhood.

18:40 Outnumbered 10 to 1 in her lyceum classes in math and nuclear physics, growing attention from the boys in her classes

20:00 Conscious decision to balance her masculine with feminine about age 30 which led to heart opening, but difficult to work on all “three” bodies which led to her first Integral Theory experiences. Feelings failure, of “personal lack”

24:00 No, I didn’t see any “personal openings “ in my family before me.  But lots of social life. Unquestioned life, they had no interest in my dream life

28:00 These patterns of having insights continued in my work life, finding the language that others can understand

29:50 Denmark doesn’t seem so progressive after all? Green without passing through Orange? “We’re actually Amber but with shared Green values (held) in Amber.”

33:40 Heidi asks Bettina what she sees ahead for herself.  Bettina’s not sure.  She doesn’t see “why we’re not already there” (at our potential). Mental barriers! The Steve Jobs story. Importance of shadow, habits, what we learned long ago.

38:20 What Denmark needs next? Copying American Orange doesn’t work too well and may be going into true Green, but refugees have shown some of our fears. Finger pointing at oneself to a fault. We and also right quadrant  problems. Need openness to spiritual considerations.

43:45 insights of Geert Hofstede which showed Danes were at the top in autonomy and Japanese at the most subordinate to authority.

45:24 Back to ageing: Is there ageism in the culture there? Not so much as Americans who need to look 30 when you’re 60! But some mandatory retirement ages. Not much ridicule, expected to manage in home until physically impossible

48:30 Against isolation the concept of visit friends, for companionship. Some communal living arrangements, not ONLY for older people.

The Scandinavian Countries have harbored a bit of a scandalous mystery in contrast to other parts of Europe, especially south of the Alps, but also in America. Their “liberality” is legendary – as long as we’re talking about sexuality, gender equality, and “the welfare” state.

But what about other aspects of life? What about spiritual forces? How are non-traditional spiritual paths experienced in this open and liberal nation?  What is it like to march into the very middle of adulthood in a rather Lutheran – and rather STRICT Lutheran – society.  What leads one to question the paths of parents and grandparents?  Bettina Hartmann is such a traveler, having traversed the honored ways, the modern skepticism, the post-modern personal truths, and onward to wherever she is now.
And she is growing older within a society which is also growing older.  Some are also growing wiser, and some may not be.  We can assume that Bettina wishes to remain included in that “wiser” – and perhaps happier – group as she grows older. Indeed some studies list age 47 as the “bottom of the U shaped curve” and then life becomes, well, “happier” – whatever that means.  So Bettina, just 48, is on the upswing if her life is on schedule.

I would like to assist in bringing about consciousness and sustainable happiness in all our interactions, at every waking hour. At the supermarket, in the backyard, at Work, with friends, in bed, everywhere. If we include lucid dreaming, even in our sleep ? But particularly, my area of expertise is within teams and organizations, and my favorite book since 2015 has been Reinventing Organizations by Frederic Laloux – it describes how wholeness, purpose and self-management is the new paradigm for organizations. I have a degree in engineering and certifications within project management, risk management, process facilitation, (group) coaching, etc.. having worked for 25 years in all sorts of Danish and international corporate, governmental and independent companies.

I am based in Copenhagen, Denmark; I meditate and do yoga daily, and I am part of various integral practice groups, both online and In Real Life. I love to walk and ride my bike everywhere, and in my spare time I do gardening, read books, watch movies and spend endless hours online: to interact, to learn and to collaborate and co-create globally ♥.

I find that the world has been run mostly on masculine, rational and action-oriented values for a very long time – now it’s time to allow both feminine and masculine values to work together! So that we can create new ways of working, not only in corporations but also in politics, in associations, etc. This requires not only a high degree of personal awareness of both talents and shadows, but also a high degree of awareness when communicating: Being aware both of myself, the other, the field between us as well as the collective consciousness. All while leading a conversation with one or more people … Not so odd, that this often doesn’t work out as intended!

A draft for a process called “Conscious Human Flocking”, created by Bettina Hartmann as a topic in “Women Matters”

The after show chat

Bettina as participant in our series “Women Matters”

Conscious Evolution: The Dance of Intuition and Intellect.