“What is INTEGRAL PSYCHOLOGY?”

In our show we want to explore this question with a psychotherapist and dedicated practitioner of the integral worldview Durwin Foster who is using the integral roadmap everywhere, in his life and in his work, and who has an understanding of the advantages of this inclusive “integral” approach to the human psyche and its problems. 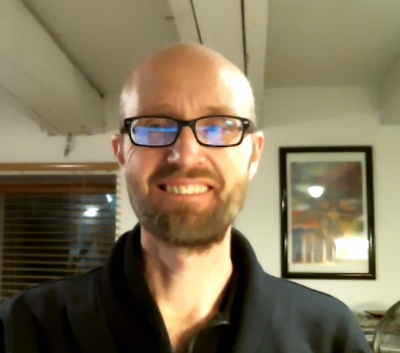 TimeStamps: WHERE to find WHAT in the video

Available some time after the live event

A brief History of Psychology

Since the rise of modern psychology there was no agreement on what is “the right way”. Sigmund Freud was the groundbreaking innovator who brought the discipline in public awareness and whose ideas are still taught in university courses. During his lifetime his most gifted students like Carl Jung or Alfred Adler distanced themselves from his teaching and developed their own way of seeing human beings and how to heal the psychological problems they encounter during their lives. Different Schools of Psychology developed in the last century, creative new ways of psychotherapy along with them and their supporters all do what you would expect from “first tier” people: they believe that they and only they are right and all the others are completely wrong. How can that be?

This was the question which the young Ken Wilber posed to himself and after a long consideration he came to the insight: All these schools are right – but only partially right. Every school is good for a particular class of problems which originated to particular growth moments in a person’s life. The therapy which is perfect for one type pf person and their problem isn not good at all and maybe even harmful for another person with another specific problem.

To say a thing like that equals heresy as every school is looking for believers and exclusivity. Although Ken Wilber had a degree in Biochemistry he was -and is – smart enough to understand a lot of different disciplines. He felt the urge to get some order into the jungle of psychological schools and the result was his his second book “No Boundary”,. It was an attempt to locate the areas in human development where the growth steps weren’t taken properly and therefore a specific problem has developed and to find out which form of psychotherapeutic approach would be best for this specific growth-related problem.

After his first book published in very early years (“The Spectrum of Consciousness”), this was the first true “second tier” manifestation of seeing a problem in the world. For a in depth explanation about the meaning of first/second tier see Ken’s books like “A brief history of everything” or “A theory of Everything” and many others). Explained in short: If a person has developed into “Second tier”, he or she is able to appreciate everything which they held true in previous stages of development instead of dismissing them as nonsense. This person is able to chose which tool to use for what problem in which moment etc. and doesn’t insist on the omnipotence of one single idea or tool.

Although Ken had developed his insights about Psychology and the schools in war with each other in his early years he published his book “Integral Psychology” only about 20 years later. It has become an important guideline for therapists who were wondering why their habitual approach to clients sometimes worked and sometimes not. It opened their eyes to a much broader view of their discipline and to the world.

Durwin Foster, M.A., CCC (#0345)  is a counsellor, researcher and writer with a strong background in mindfulness-based and integrally-informed approaches to psychology. Durwin worked with Ken Wilber, a pioneer of integral theory, in the development of applications of integral theory to counselling and psychotherapy. Studying mindfulness in graduate school, Durwin was invited to an invitation-only conference with His Holiness the Dalai Lama on the topic of contemplative practices and health. Durwin has authored or co-authored several articles in peer reviewed journals, including Canadian Journal of Counselling and Psychotherapy, Journal of Integral Theory and Practice, Counseling and Values, and Transcultural Psychiatry.

His many scholarly articles can be found here:https://ubc.academia.edu/DurwinFoster

CLICK ON THE LINKS BELOW FOR THE BOOKS ABOUT INTEGRAL THEORY