“The Third Act” with Edward Kelly

The “Third Act”  with Edward Kelly 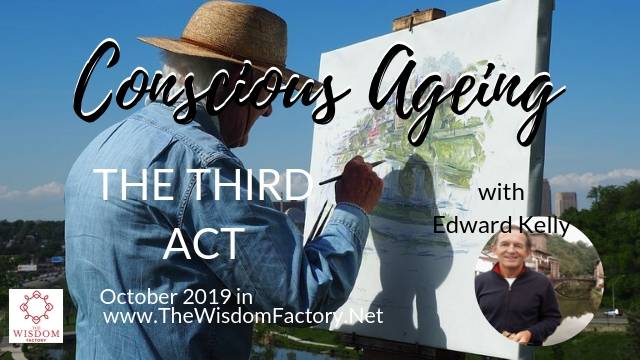 Today the “third act” in our lives is not the final act, as it used to be in the past. With longevity we have the chance to create a new life for ourselves, but there is almost no support available in our society to manage this important transition.

For many thousands of years people had a short life span. Only very few arrived at an old age, most people died before their 40ies birthday. Child mortality has diminished and life span increased steadily for the last couple of hundred years. Now, for the first time in history, “old age” begins about 20 years later than it used to start. Today you are not any more old with 60. You have the probability to live other 20 years in reasonable health and with enough life energy to start something new. The Third Act today is not the period before death as it used to be (this would now be the “fourth act”), it is a period of a redefined life – if we take it on as such.

Many of us over 60 are getting aware of this fact. We don’t feel old and we don’t want to be confined by the traditional expectations for people over 60. There is a difference between men and women. Men often struggle with retirement because their life suddenly loses the meaning which often was determined by what they did professionally. Women can seamlessly slip into grandmotherhood and find their meaning in taking care of the new generation. That has always been a choice for grandparents. But what if a woman decides that now, finally, she can do something different, develop her own interests instead of continuing to be in service of the family?

While society gives a lot of support for young people in their transition from the first to the second act of life, there is almost no support and encouragement for transitioning into the Third Act. Older people are not considered when looking for jobs. The work-world refuses to modify their standards and expectations which are tailored for people in their 30ies, maybe still 40ies. It doesn’t see the gift which older people bring to the table and it is not willing to adjust the modalities which would allow older people to fully take part in society and the occupational field.

Social change is slow and people who want to go ahead have to be pioneers for that change. They have to figure out by themselves how to create their life and find the meaning in their Third Act. Fortunately there are some generous people whose passion is to figure out these processes and to help others to go through them as well for not remaining alone in this very important quest of their lives. The question is only: will those people in need for help also take it? Or are they hesitant or even ashamed of needing support after having succeeded always alone in their previous life? Or is it the fear of being blamed by the family of not meeting the expectations of the younger ones when they dare to redefine themselves as an independent individual?

These are some of the questions I am discussing with Edward Kelly who, for many years, has offered his support to people in the transition period to the Third Act. His experience is that people are happy when they do the work and participate in his courses, but the main hurdle for them is, initially, to DECIDE to participate. It seems that very many people who could benefit from the inquiry into elderhood do not find the path to get the appropriate support they would need for growing into the fullness of their possibilities and of their being.

In our Conscious Ageing series we hope to encourage you to take this step. We have interviewed several people who actively offer their support in questions of getting older, finding one’s purpose, open oneself up instead of closing down, how to best take care for one’s health or even prepare for our death and for our legacy. Edward Kelly, the guest in this interview, has done theoretical and practical work in order to support the entry into the Third Act, he is certainly a perfect go-to person. 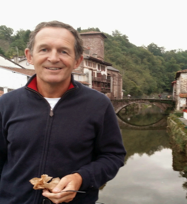 Edward Kelly is an entrepreneur, researcher and facilitator. In the past few years he has led over forty workshops in Intel, Accenture, Google, and others. He is a regular presenter on the MBA and Innovation programmes at University College Dublin (UCD) and has published articles on adult development in the ILR and JITP. More recently he has facilitated workshops, developed programmes and has run a conference on The new Third Act in life. He is currently writing a book on adult development and leadership. Prior to this, he ran a successful telecoms business which he founded in 1995 and before that organised and participated in ‘The Great London to Sydney Taxi Ride’ in 1988, which entered the Guinness Book of Records for the longest most expensive taxi ride in history. He holds an ITC, BA, MBA and PhD. He can be contacted at: edward@thethirdact.ie, on +353 86 810 2000 and at www.thethirdact.ie.

0:00 A short history of the series Conscious Ageing

1:40 Edward introduces himself and the idea of the Third Act. The impact of human longevity. Society is slowly dealing with that.

3:40 Example: Japan take on the longevity impact on society. In Germany?

5:20 Personal level. Undefined period of life before old age: a new third act of life: creates a crisis: what to do and to be? A real challenge for people

7:10   Edward facilitated programs to create a framework of inquiry.

8:15 Edwards personal experience. Phd on adult development and integral theory: Longevity is a challenge and an opportunity. Many writers have written on the stages of life. Interest in the individual experience.

10:35 Edwards Third Act would be third act? He is not so sure now, because it is difficult to get people to engage into the internal inquiry. Where am I know, how did I get here, where am I going? People love it if they come, but only few come.

12:38 What afe the reasons for people not showing up? Shame? Too manyx assumptions what it should be and giving advice, but more important the questions than getting advice.

13:50 Our shows on Ageing: made meaning for Mark, not so much for me, what is the future?  Third act where structures break away, like reconfiguring oneself after a death.

16:00 Taking away the life structure = existential crisis. Where to go to talk about it? In the THIRD ACT work men appear more often than other courses. Purpose is what you might want to do and to BE.

17:50 Edward is taking a summer off. He is still at the end of the second act. Need to find some new underpinning

19:15 Older people are not acknowledged for their wisdom and what they can give. No need to re-invent the wheel! Tendency not to want to learn from older people.

20:40 Previously: next generation learned from previous generations. Today older are often out of touch. Technical knowledge and working many hours is more appreciated than listening to older people, also because many regress instead of progress. Retirement = withdrawel, not percieved as an active development! It is about PROGRESSION, new opportunity to develop and expand. More meaning and sense of beingness, instead of material things being valued forth.

23:45 Even less people interested in the topic death and dying! – Old age and death is seen as a disease, instead of something natural to prepare for.

25:15 Older people often get more interested in spirituality, preparation for death would be good, as well as for illness or relationships etc. Not included in learning schedules.

26:35 No willingness in organisations for people getting older to prepare for a transition into another way of life: right hand quadrants are considered mainly, no balancy with inside quadrants: The sould is crying! We need to change consciousness

28:20 The reason for living longer might be to expand consciousness and become models for the next stage of life. Most older people don’t want to do that, but disengage. No bigger picture.

29:50 Statesmenship, developmental trajectory, involvement in life Mary Robins, the elders council etc. provide leadership. End of second act: society wants you to stay out of it instead of being involved: does it depend on the levels of development?

32:00 Cultural structures are needed to support it. WE are the culture! Difficulty to do this kind of work on their own,

35:00 An example of a lady who had done the course and her experience with her family. “Your mother has changed”. Old expectations might not be met which can be upsetting to others, when you find your own direction and give oneself the permission to have a new third act in one’s life.

37;30 Transition from 1. To 2, act: everybody is inv ested in your development. End of second act: no support, you are left alone and often you settle for something.

38:30 Heidi’s example of the interview with Heather McDowell: getting out of the tribe is difficult, also in the transition from the first act to the second.

42:00Edward: it is good to do this work, even if the audience is still small. There are road maps to help you: The flow which is bigger than yourself: Stage of ego-development, not defined anymore of the earlier stages of identity. Before people ask for advice instead of facilitation to get to ones own journey.

45:00 We need to have the space to explore instead of being giving advice. Co-creation. The initiative of Co-Creating Europe. Heidi’s interview with Annette Kaiser (in German) the founder of the project.

47:10 Cultural change: we are contributing small pieces. Edward hoped that more people would be more interested in this work. It is not sustainable financially. The value is not very high? – Heidi: people hesitate for their own psychological blockages. Maybe also because of fear of being flooded with “good advice”.  We need to find a better way of communicating.

50::50 the way of marketing is difficult, strange promises are made which we don’t feel like giving. Unfortunately this still seems to hook people more like serious realistic offers . People seem to want to be fooled

52:55 Edward: people want to know exactly the benefits and the exact steps – which is impossible when you facilitate explorations which are nor predictable, or you would interfere with the process if you need to follow a predefined project. This is nor appropriate fo the inside work!

55:00 Encouragement and collaboration is needed.

56:25 People need to come to this when they are ready. Otherwise it is annoying. Let go of assumptions and beliefs: something to gain, a new opportunity. How would you prepare for that – as you did when you went to school? Let go of the defences. It is worth while to start the inquiry.

Finding a third act in Life by Joan Gage

The new and improved third act

CLICK ON THE LINKS BELOW FOR TOPIC RELATED BOOKS

Astrology for the Third Act of Life

Embracing Elderhood: Planning for the Next Stage of Life